West Elm has a set of “linen textured” dinnerware that I am obsessed with! It sounds a little weird–I wouldn’t usually associate linen with dishes, but it totally works.  A 16 piece dinnerware set sells for $128. To be honest, I’m not an expert on dinnerware, so that might be a decent price; however, it’s a little above my budget.  Lucky for me, Target sells a very similar set by Nate Berkus for only $60. Can you tell from the photo below which is the Target version? 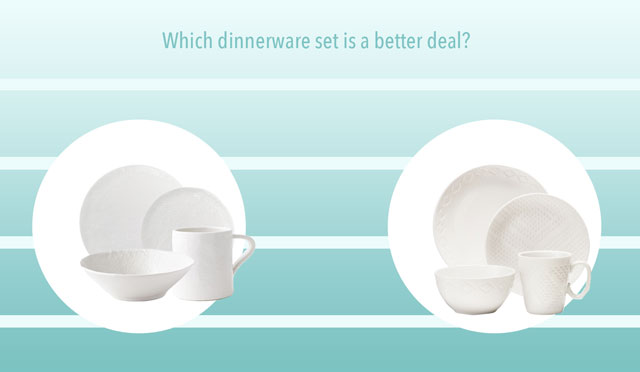 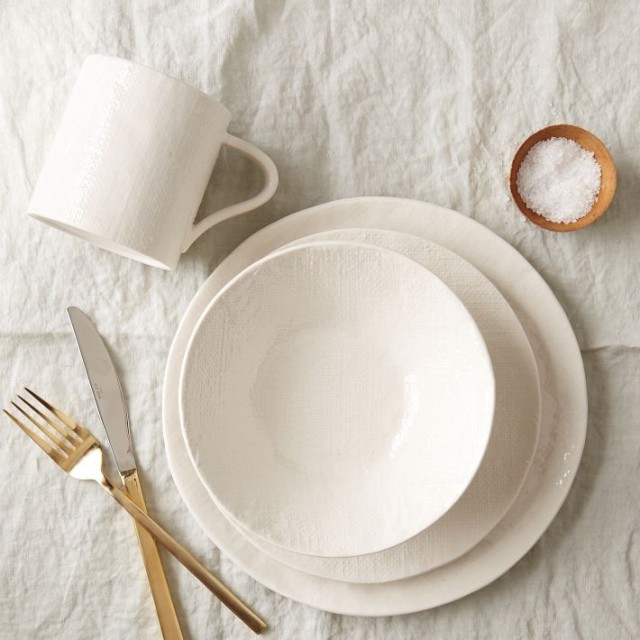 The Nate Berkus version, shown below, is also very beautiful; however, the pattern is a little loud for my taste.  Fortunately, the affordable price of the set makes up for any aversion I have to it’s “loudness.”  It’s less than 1/2 the price of the West Elm version! Can you say deal? 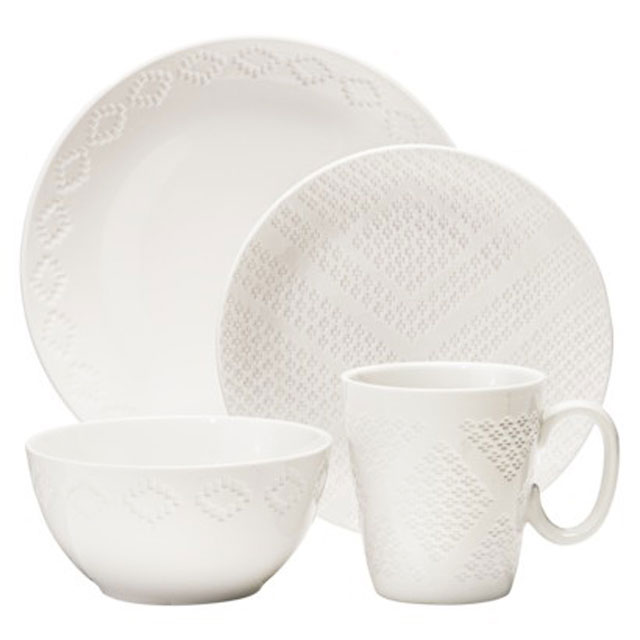 What are you’re thoughts?  Do you like one set better than the other?