Today, we have a post from Joey! It’s been a while since he has posted anything, so we hope you enjoy reading about his cool new project. 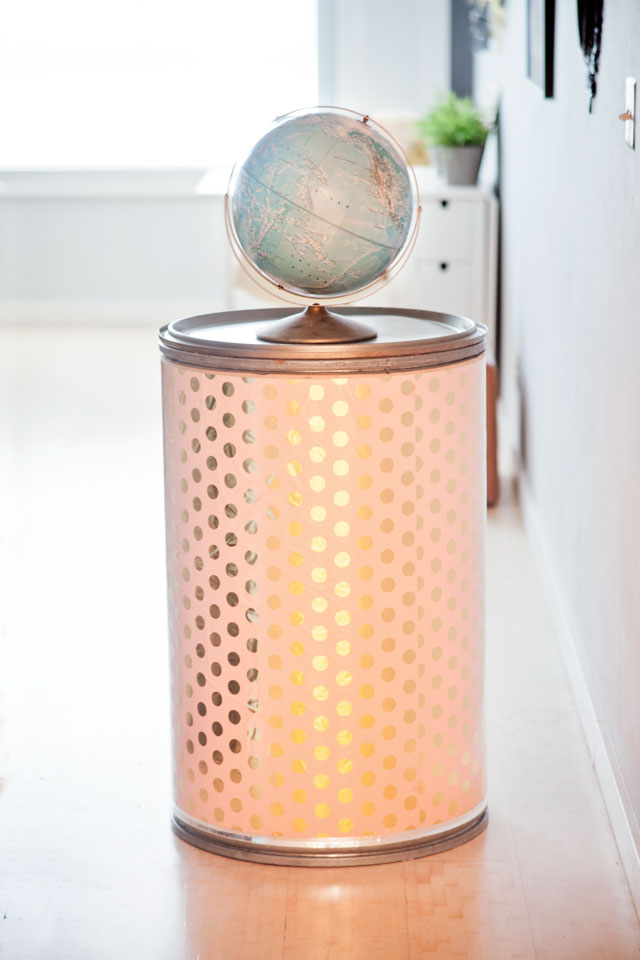 It’s true that one person’s junk is another’s person’s inspiration. Like when I found a vintage, 1950s shipping barrel at Goodwill Outlet. I thought it was very cool, but a little rough around the edges. Kathryn was skeptical of it’s potential, but I convinced her that I could transform it. I forgot to take a before picture of the barrel, but it’s the same one pictured below, which I found on an ebay listing selling this for $275.  The barrel is printed with “Lenox Fine China” and is labeled as fibre drum. It’s about 34” tall and 22” diameter. 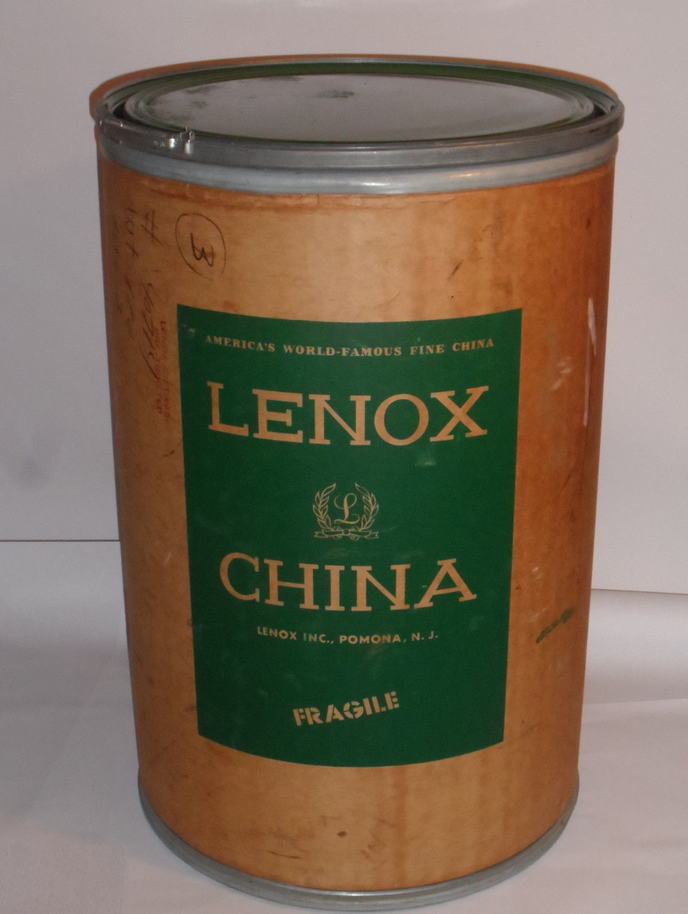 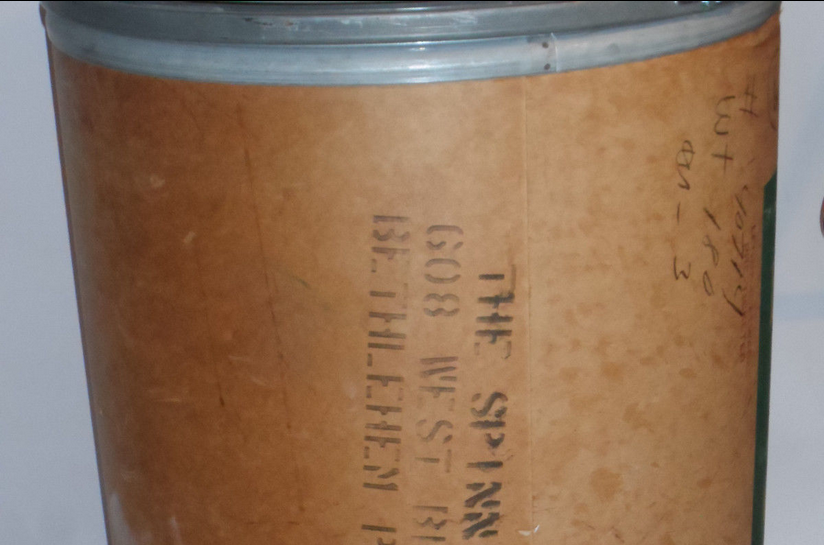 Kathryn and I had been to Brit + Co’s physical store in San Francisco a few weeks before we found the barrel, and their DIY atmosphere fueled my inspiration to make something more out of what looked like a cardboard cylinder (though it’s made of a sturdier, thicker pasteboard). I remembered seeing some nice wrapping paper with an appealing pattern at a store near our house and thought it might be just what the barrel needed. I “wrapped” up my ideas (forgive the pun) and figured the paper was large enough to wrap the barrel with one or two rolls. And that’s exactly what happened. 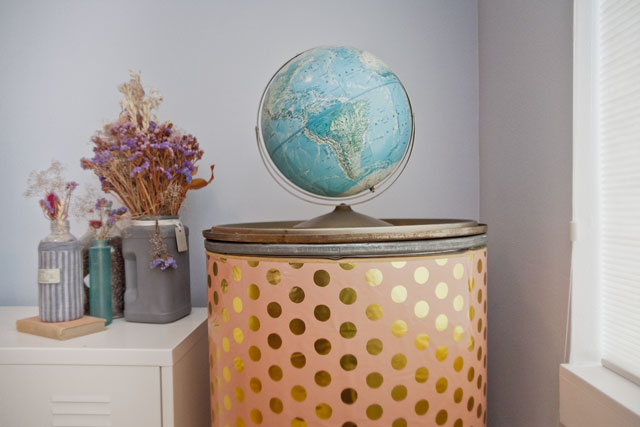 We sprayed the wrapping paper with adhesive and covered the barrel.  It was a challenge to get the paper to stick smoothly without any creases because the wrapping paper was flimsy thin.  It took a bit of time to press the paper to the barrel so that it lined up and did end up with a few creases anyway. Still, I like the presence it brings to the room, with a flavor not unlike a Campbell’s Soup can blown up and given a three-dimensional body. 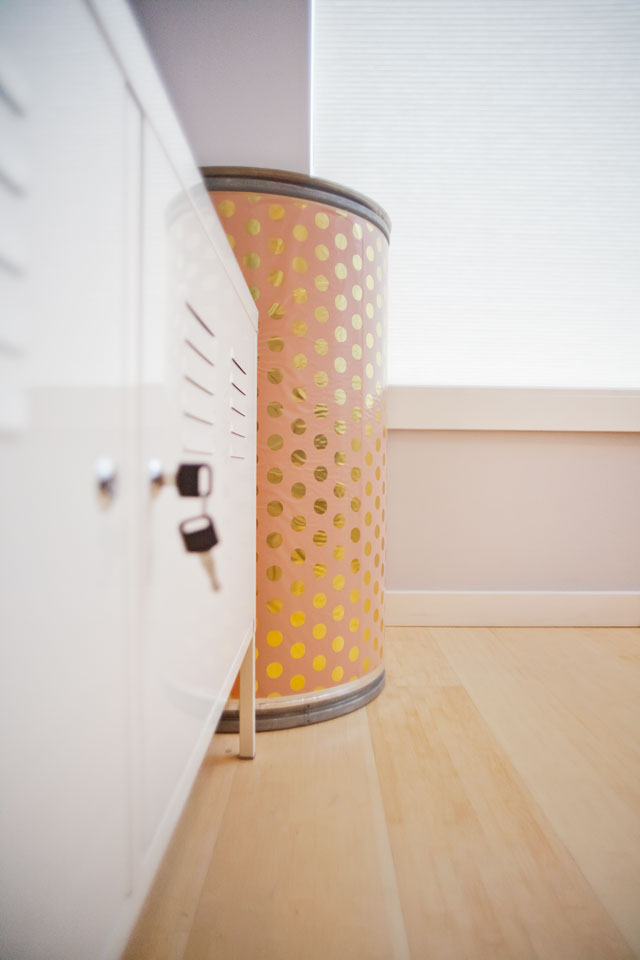 I have a fondness for oversized objects. I’m not talking about supersized fries and baggy jeans, but large art pieces. It’s the kind of scale that surfaces human proportionality and shifts spatial relationships. It isn’t often that we think beyond the life-sized or are subject to massive changes of scale in everyday life. We have plenty of miniatures in toys and trinkets, but the grander scales are relegated to outdoor sculptures or buildings and often have a higher monetary burden to accomplish.

I like that Seattle, like other large cities, does have this simple style of pop art that plays with scale: Catherine Mayer’s Giant Popsicle sculpture in Belltown, Claes Oldenburg’s typewriter eraser in Olympic Sculpture Park (see below), the upturned umbrella near Pike’s Market, the bouncing paddle ball outside a gaming company’s headquarters, etc. But this passively mingles with the city landscapes and never enters the home. 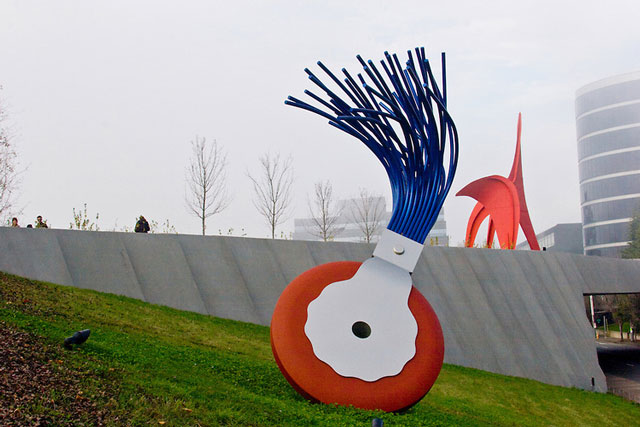 Interest in the gigantic is at odds with a having a clutter-free home, so purchasing large things isn’t easy in a modest dwelling and little storage. That’s why Kathryn is often resistant to bringing home something like a giant barrel unless it helps organize or reduces clutter. Regardless of her initial hesitation, she is glad that she let me follow my vision on this project, because the end product looks great. 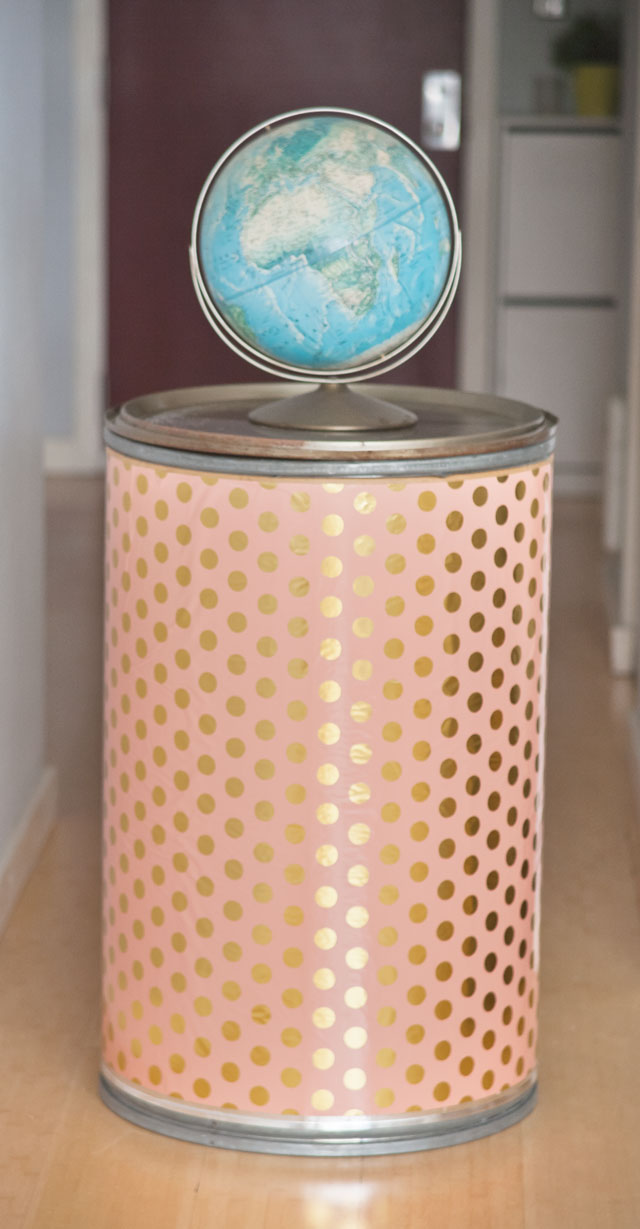