Since Halloween is coming up, I thought it was appropriate to share a costume idea courtesy of Joey.  It’s an amazing bird mask, made from cardboard. He was inspired by a collection of cardboard masks that he found online (here). It look him a few days to complete, and he said that it was a lot of work, so it isn’t for the faint of heart. But the result is so cool, I think it’s worth it. 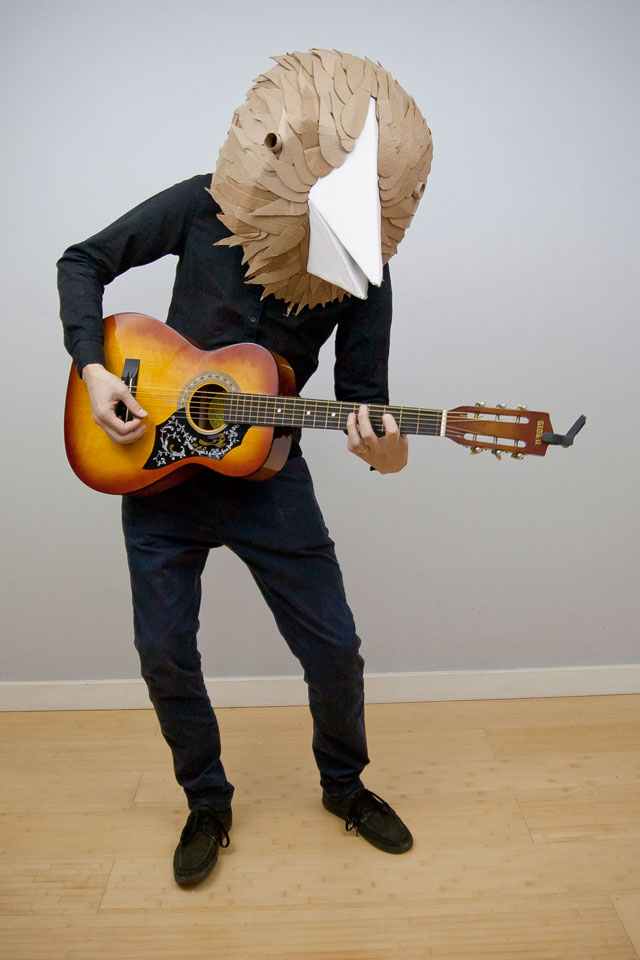 He started by sketching out some ideas. Once he had a general idea of what he wanted to make, he mocked it up in Adobe Illustrator. 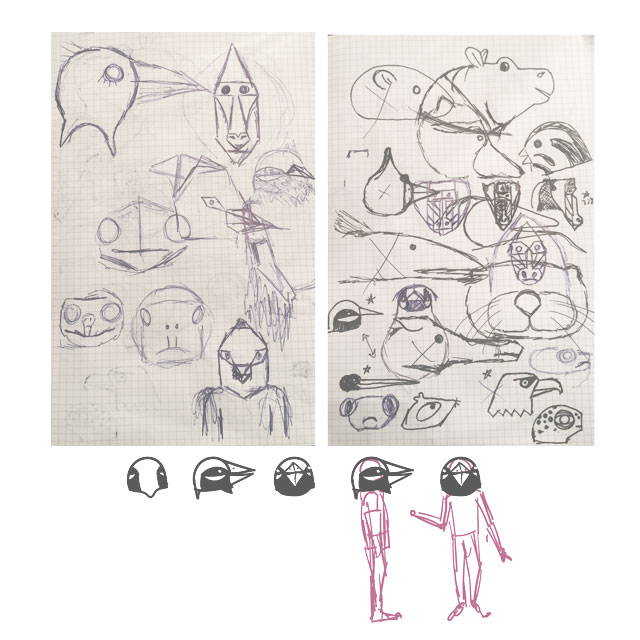 Then he began assembling the mask.  He made a Darth Vader style helmet using masking tape and a piece of cardboard that he cut into elongated triangles.  He pieced the triangles together to make the rounded top, similar to how globes are made. 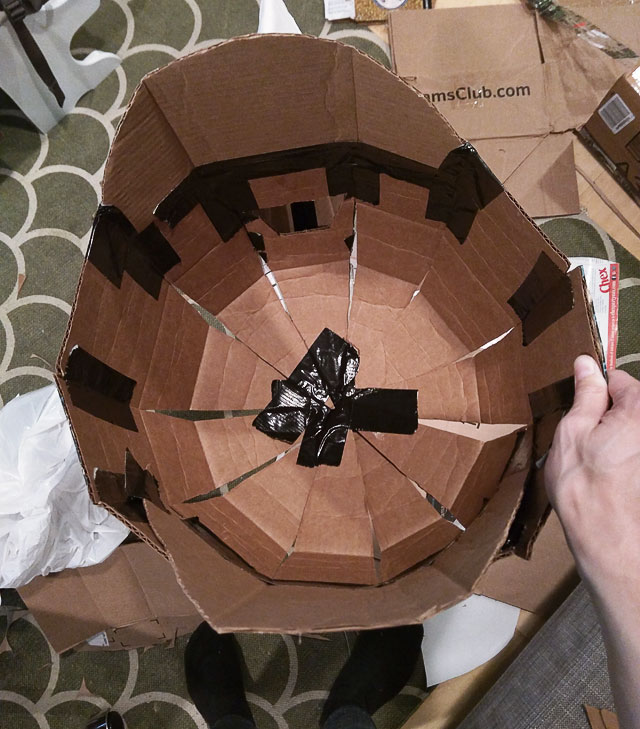 He cut an opening for the beak, which he fashioned from cardboard and canvas. After hot gluing the beak to the helmet, he cut two circular openings for eyes. 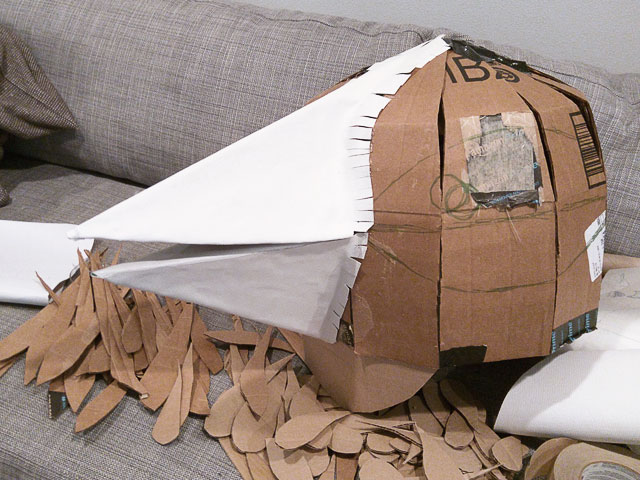 From there, the hard work began. He cut out about a hundred cardboard feathers and glued them one by one to the mask. He started at the bottom of the back and layered the feathers on top of each other. 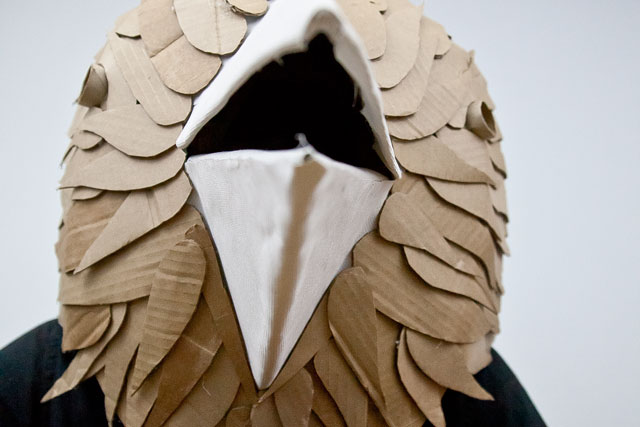 Then it was time to try it on and have some fun. 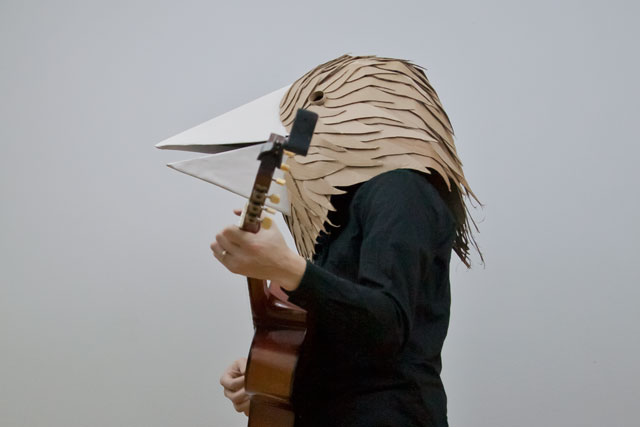 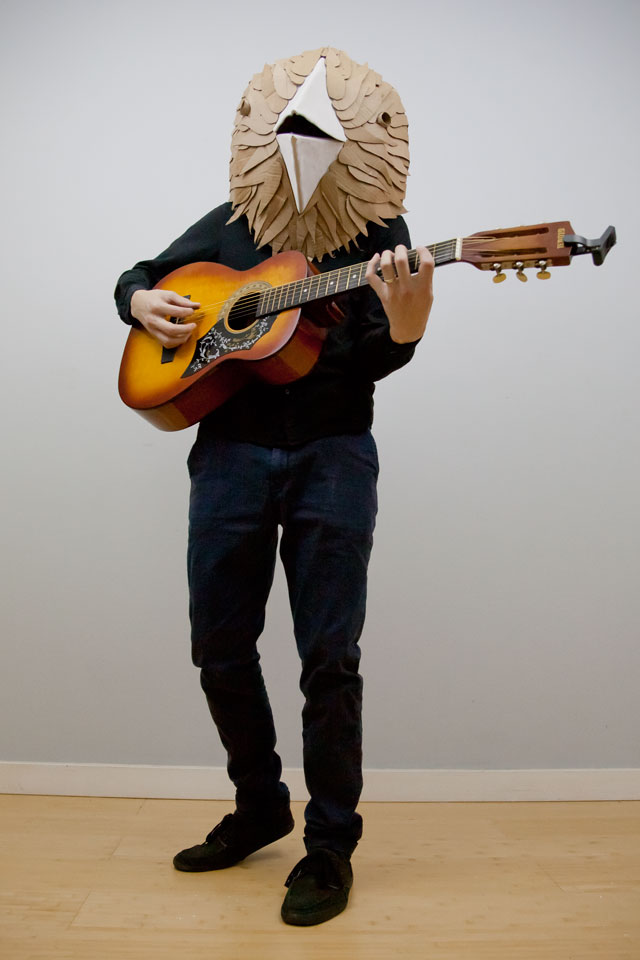 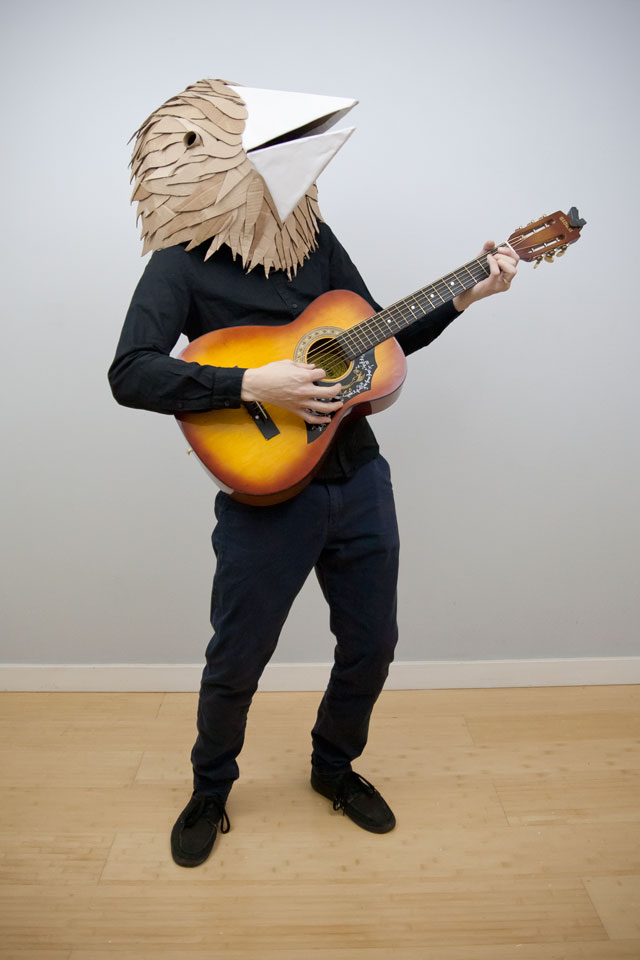 I even tried it on for good measure. 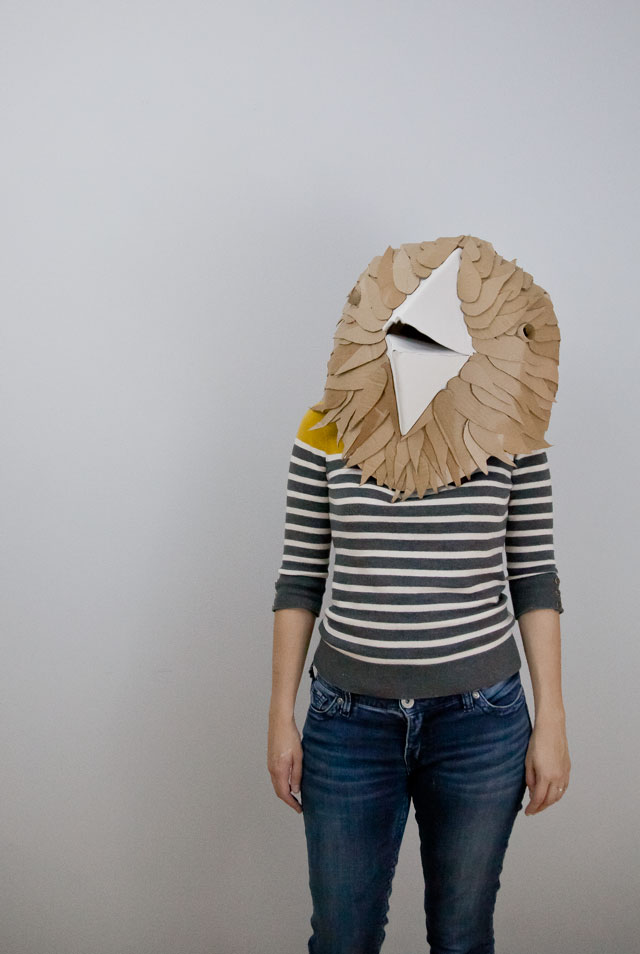 Zuzu was very curious about it.  I don’t think she knew what to make of it. 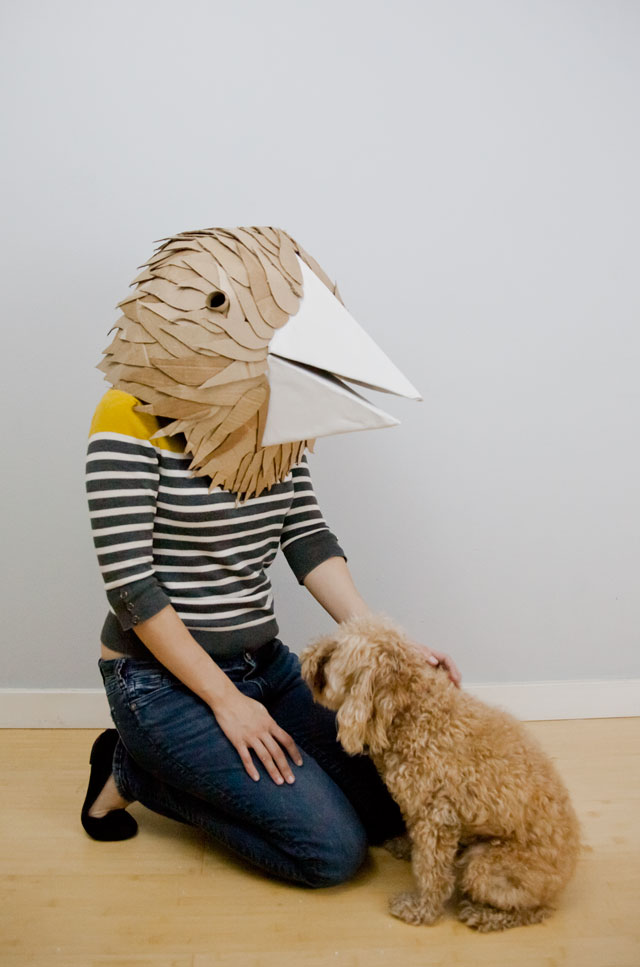 Hopefully this inspired you as you search for the perfect Halloween costume.