SoDo is one of my favorite neighborhoods in Seattle. For those of you not familiar with Seattle, let me give you the lowdown. SoDo, is an industrial neighborhood that houses some of the best antique and salvage shops in the Pacific Northwest. It’s not a glamorous neighborhood, and I doubt it’s included in any tour books. It doesn’t have many fancy restaurants and bars, it isn’t residential, and it isn’t very walkable, but for antique lovers like myself, it is a real gem. There are tons of great shops, but my 5 favorites are Pacific Galleries, Rook, Big Daddy’s Antiques, Second Use and Earthwise.

Pacific Galleries was the first shop I visited in the neighborhood and it’s still my favorite. It’s absolutely HUGE and has something for just about everyone.  Vendors rent out booths, so you get an eclectic stye of different goods, which change out frequently. Every time you go, it’s an adventure. 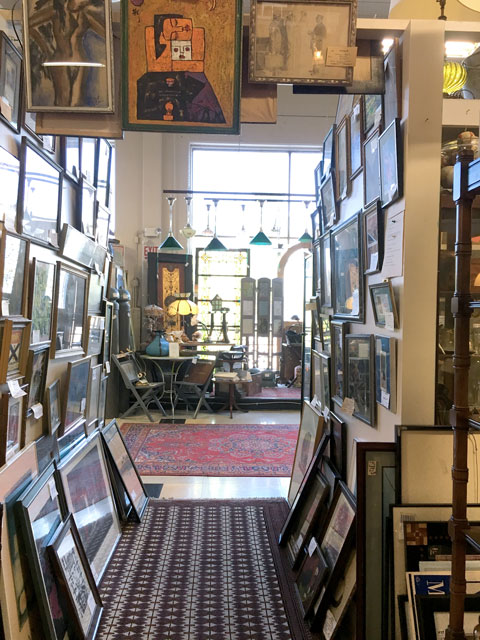 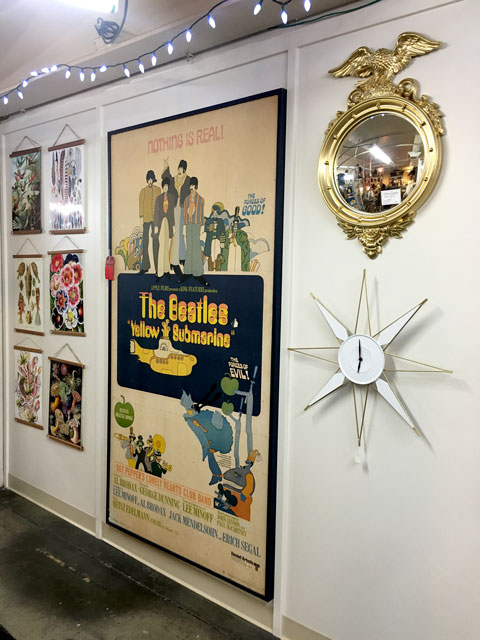 The best part of the store is the back gallery, M. Culbert, which showcases some of the more elegant pieces. I always leave inspired. 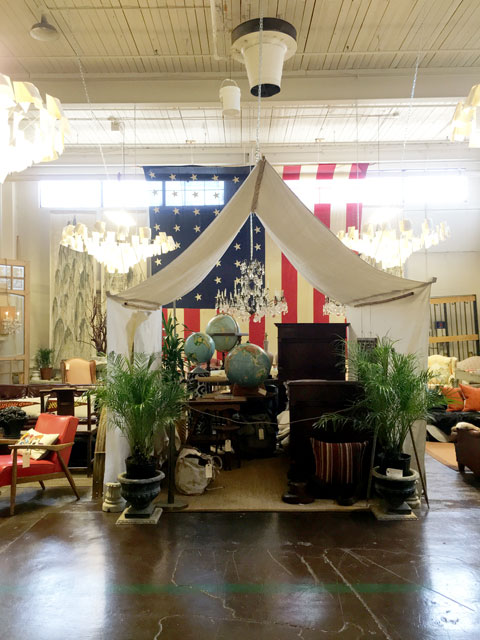 It’s also an auction house. I’ve never gone to an auction, but I’ve heard they are amazing.

Rook is actually connected to Pacific Galleries. It is very similar to the back gallery in that it houses some of the more elaborate and grand pieces, but it caters more to the mid century modern and industrial styles. 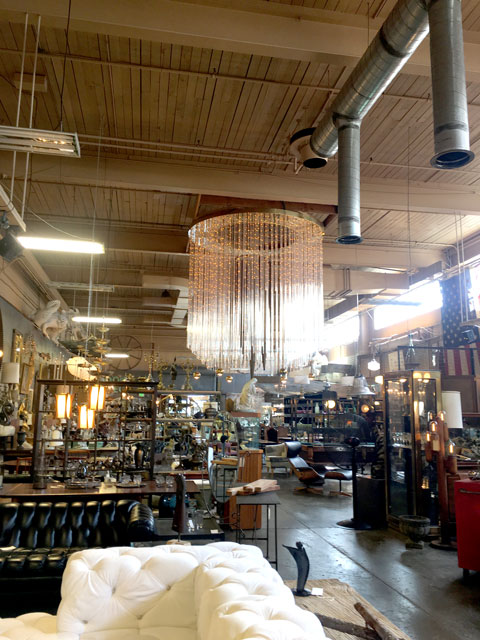 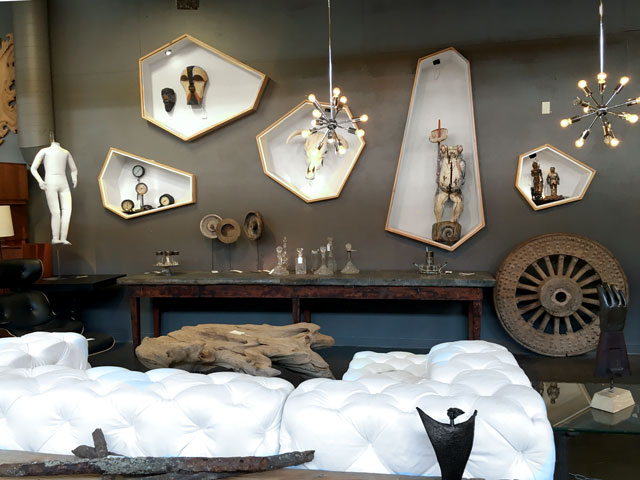 Big Daddy’s has around for about 20 years, but just recently opened a Seattle location in May.  Shane Brown, the store’s founder, opened his first store in Los Angeles in 1996. Since then, he has opened stores in San Francisco, Houston, and Aspen.  The stores are hugely popular, and it only takes one look around the Seattle shop to understand why. It’s a beautiful place and Seattle is lucky to have it. 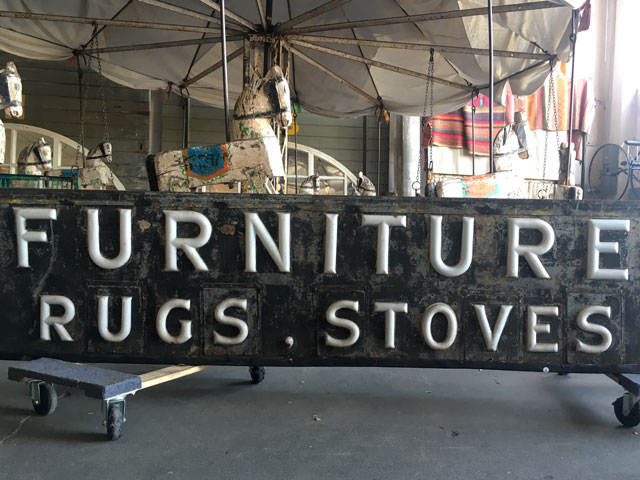 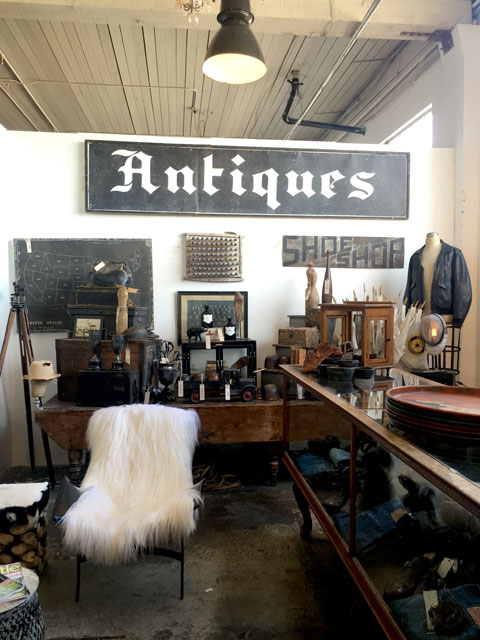 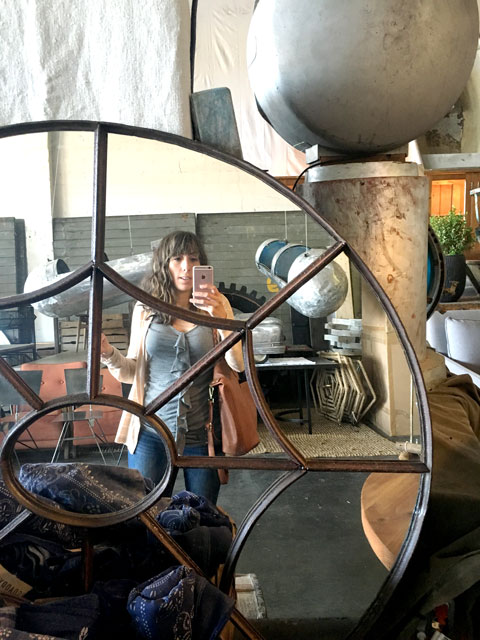 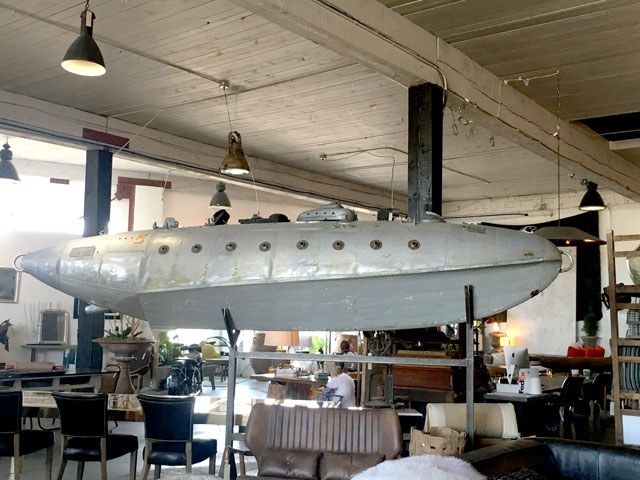 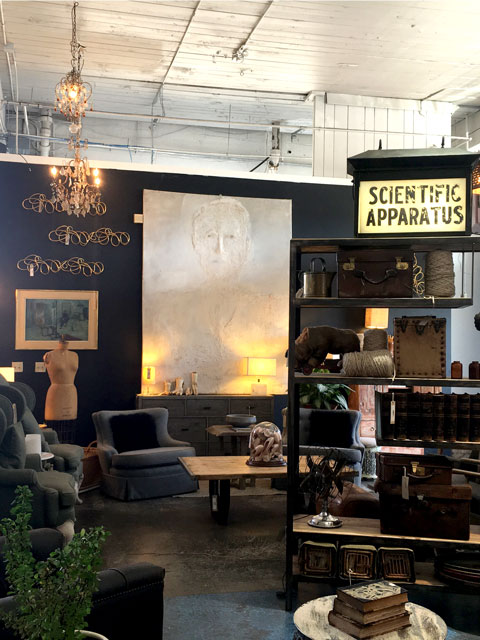 Second Use is a salvage and building supply store. It’s very different from the aforementioned stores. For one thing, it’s not as well curated, so you’ll find some junk among treasures, but on the flip side, it’s also extremely affordable.  This is definitely a must go if you are considering a renovation on a budget. Whether you are looking for a barn door, old school house bell, or just a retro toilet, you’ll find it at Second Use. It’s inexpensive and reduces landfill, so it’s really a win-win. 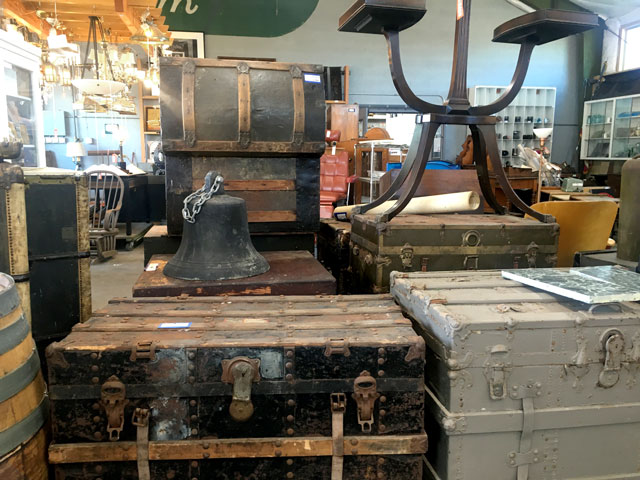 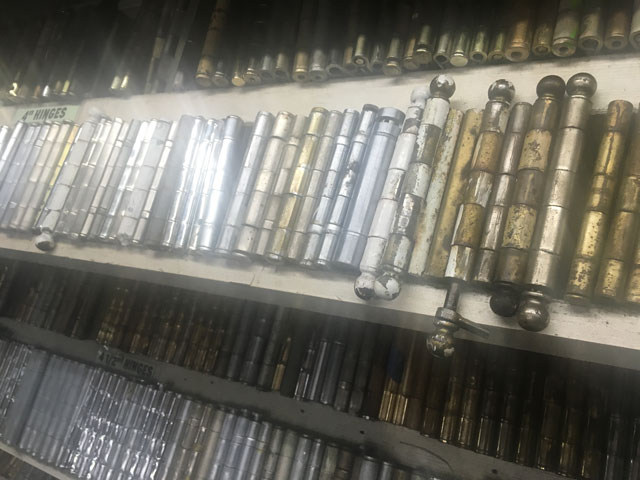 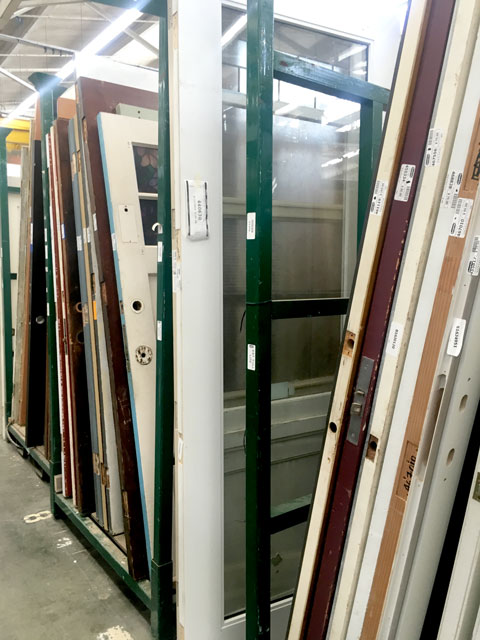 Earthwise is very similar to Second Use. it’s also a salvage and building supplies store, but it is slightly better curated and specializes in reclamation of historical building materials. It’s a very well respected local institution, and a lot of local restaurants and shops (Oddfellows, Rheinhaus, and Poquitos to name a few) have designed their businesses using materials from Earthwise. 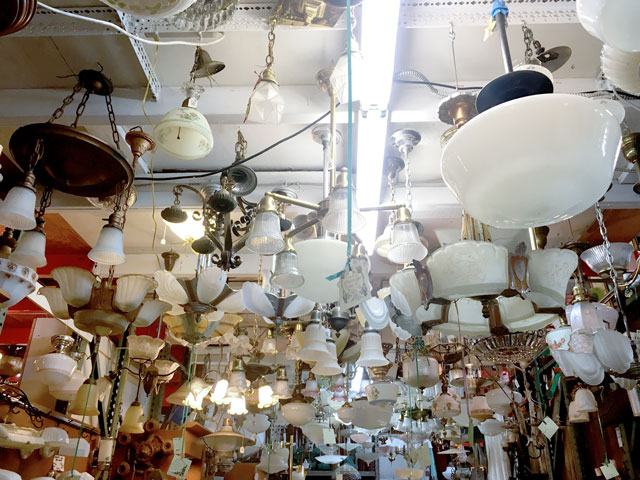 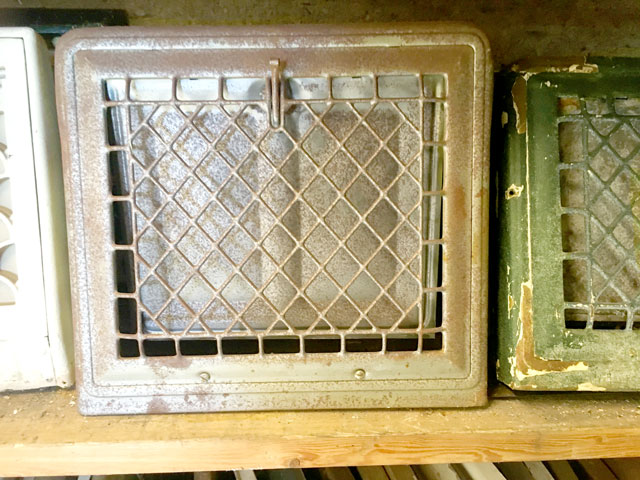 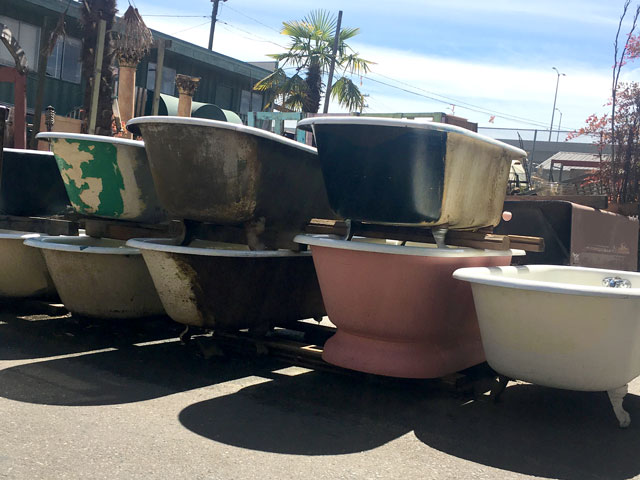 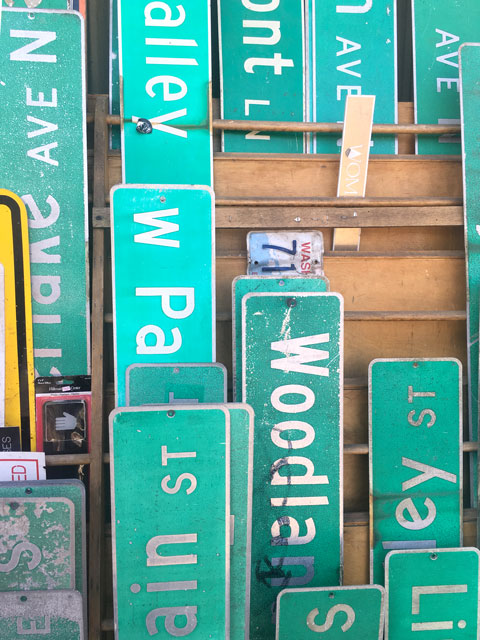 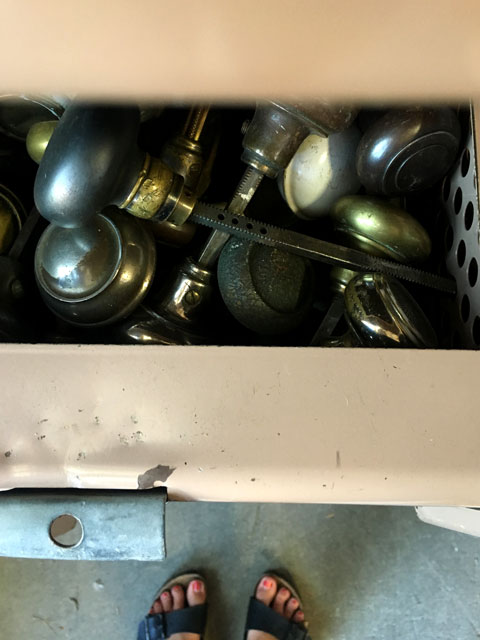 So there you have it, my five favorite SoDo Antique and Salvage stores. I highly suggest checking these places out. You won’t be disappointed. And if you aren’t in the Seattle area, but are still looking for some good antique shops and tips, check out this post from Invaluable.