I used to love the Style Network show “The Look for Less.”  Each episode a contestant would work with a stylist to recreate a designer outfit on a tight budget.  It’s a great premise, and I think it is very relevant in today’s economy.  With that in mind, I am starting a new weekly feature called “The Look for Less–Home Style.”  Each week, I will feature an item that I love, but that is way out of my budget.  Then I will try to find a similar item for a more reasonable price.

My first feature is the Knoll Saarinen Executive Arm Chair.  Retailing for approximately $1400, the Knoll Saarinen Executive Arm Chair was designed in the 1950s by Eero Saarinen, an accomplished architect and furniture designer. Saarinen was known for modern designs with sculptural lines. Over his lifetime, he won numerous awards including the Museum of Modern Art Award, Federal Award for Industrial Design in 1969. 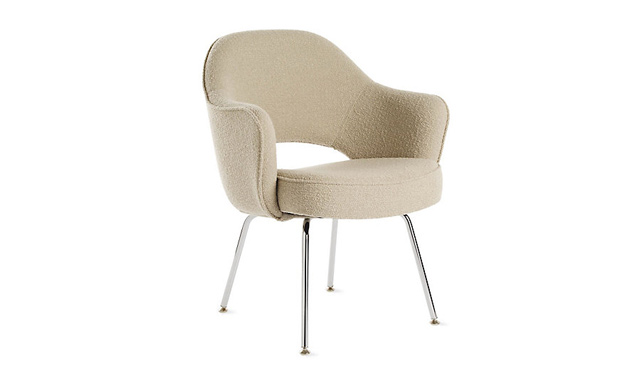 Even though I absolutely love this design, I could never imagine spending so much money on a single chair.  Luckily, TOO by Blu Dot (a Target.com exclusive collection) sells a chair that looks quite similar, but is much more affordable.  The Hipper Dining Chair Pebble retails at Target for $300.  That price includes two chairs, so really each chair is only $150.  That isn’t cheap by any means, but compared to $1400, it looks like quite a deal. 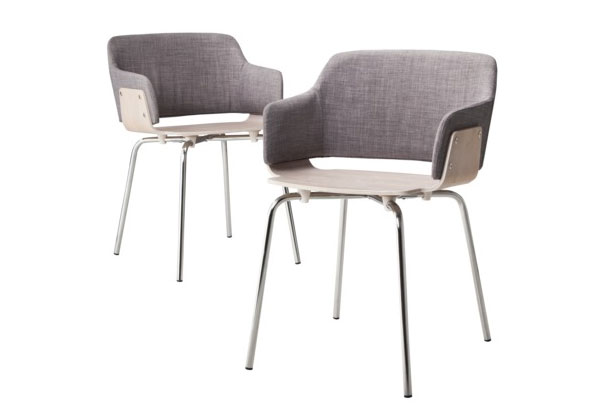 So what do you think? Did I find a good deal?