For this week’s “Look for Less: Design Style,” I’m switching things up.  Instead of furniture, I’m focusing on linens. I’m a sucker for nice linens.  I especially love fluffy duvet covers, so when I saw a photo of the West Elm Organic Seersucker Duvet, it was love at first sight.  It’s 100% organic cotton, and 200 thread count.  I was tempted to run down to the Seattle West Elm to purchase it right away; but then I saw the price.  A queen duvet cover and 2 pillows costs about $190. That’s not insanely expensive, but it’s not exactly a deal. 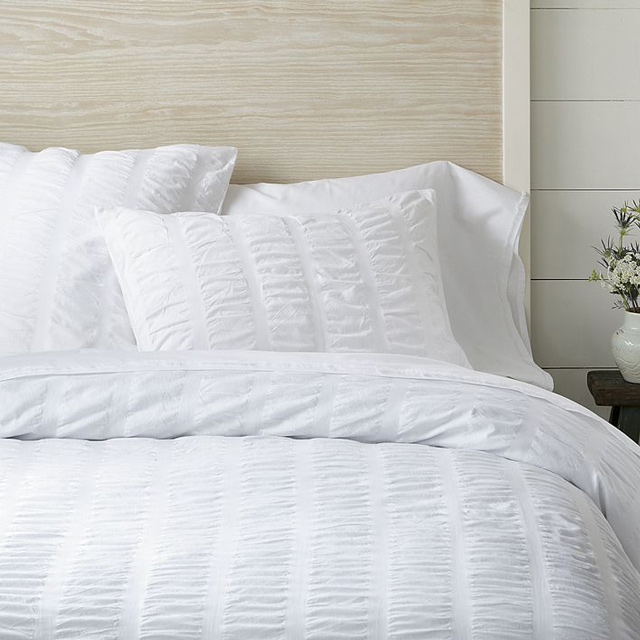 I did some research and was pleased to discover that there are less expensive options that look just as stylish.  For instance, a comparable duvet set from Amazon retails for about 45% of the price.  The Pinzon Seersucker Duvet set, shown below, costs just over $85.  It is is 200 threadcount and 100% cotton.