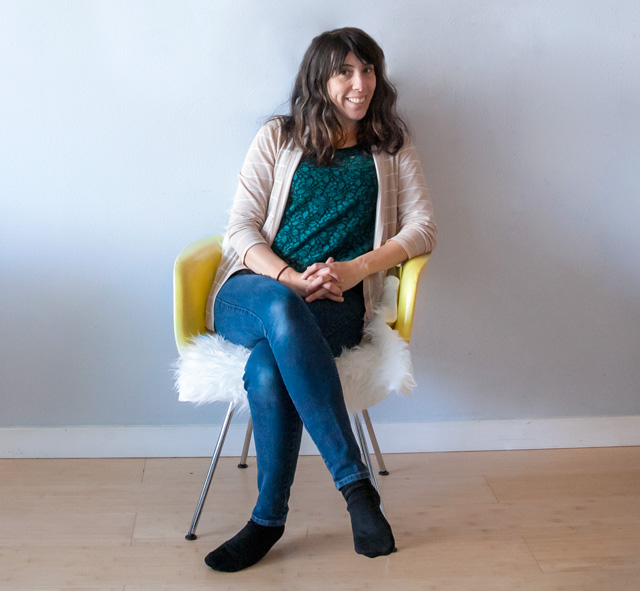 I’ve always dreamed of owning an Eames chair, so when I saw a pair of H-Base Shell Chairs on Craigslist for $100 a piece, I couldn’t resist.  They weren’t in the best shape, and I knew rehabbing them would take some work, but I was excited by the opportunity to own a pair of chairs from my design heroes. Before buying them, I confirmed their authenticity by reviewing the markings on the base.  The markings, two overlapping triangles, are from Summit Plastics, one of the early manufacturers of the chairs.

Once I had the chairs in my possession, I immediately began researching fiberglass restoration.   The main problem was that the chairs were very scratched. 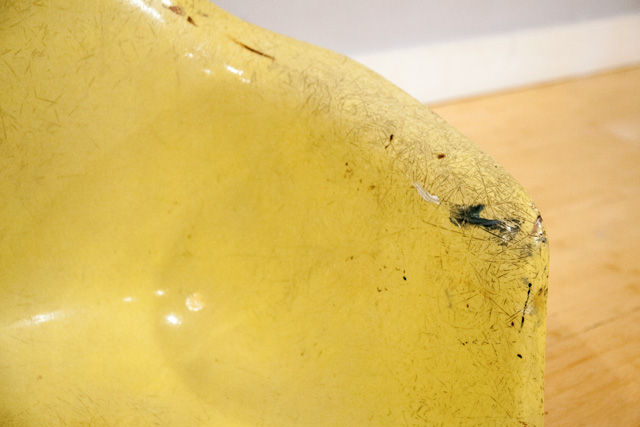 Because the chairs are translucent, the previous owner had decided to paint the back of the chairs a brownish gray shade.  In addition, one chair was missing shock mounts and a floor glide. On top of that, the legs were very rusted. 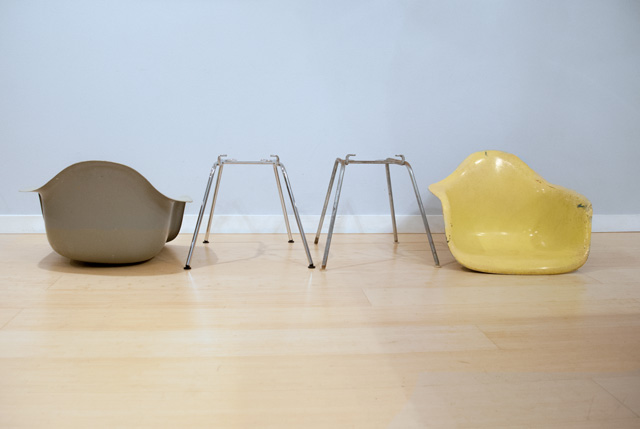 My first step was to order the necessary supplies from Modern Conscience. Modern Conscience is a Seattle based online shop that specializes in refurbishing vintage furniture.  I bought new shock mounts ($28 for a 4-pack), adhesive ($11), adhesive activator ($5),  and a new floor glide ($7).  At Home Depot, I bought the rest of my supplies which included sandpaper and Penetrol.

I started the project by wiping down the chairs to remove as much of the grime as possible. Then I removed the old shock mounts by using a heat gun and chisel.  I transferred the chairs to the bath, which I pre-covered in trash bags. After spraying down the chairs, I began the painstaking wet sanding process.  I wore gloves, goggles, and a face mask. Fiberglass is very nasty stuff, so you have to be very careful. It would have been better for me to do the sanding outside, but we don’t have an outdoor space, so the bathtub had to suffice. I started by sanding off the paint from the back of the chairs. Then I sanded the scratches. It was a very slow process and took me about 5 hours over a 2 day period to get it completely sanded.   Once the chairs were dry, I covered them in Penetrol, which gives them a nice shine. In total, I did two coats of the Penetrol.  Then I removed the rust from the chair legs with some steel wool and a lot of elbow grease. I also put in the new floor glide on the leg that was missing it.  As the final step, Joey helped me attach the new shock mounts and screw the legs back in. 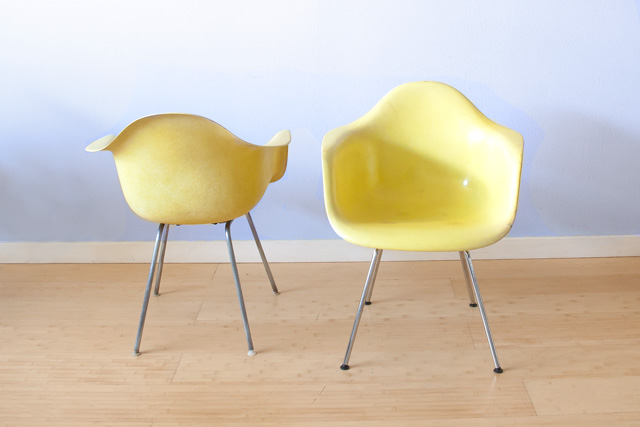 To be totally honest, the whole process was a major pain. If I had to do it over, I would have hired someone to refurbish the chairs for me. With that said, I’m very proud of the finished chairs.  They are beautiful and are surprisingly comfortable. 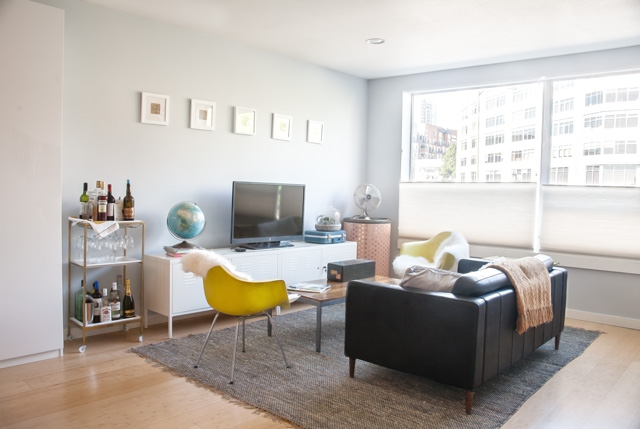