I realized that I have never really shared any photos from the second bedroom in our basement. I don’t have any “pre-flood” photos that show off the entirety of the room, so you’ll just have to believe me when I saw that it looks way better than it used to. It is very tiny, but packed full of character. 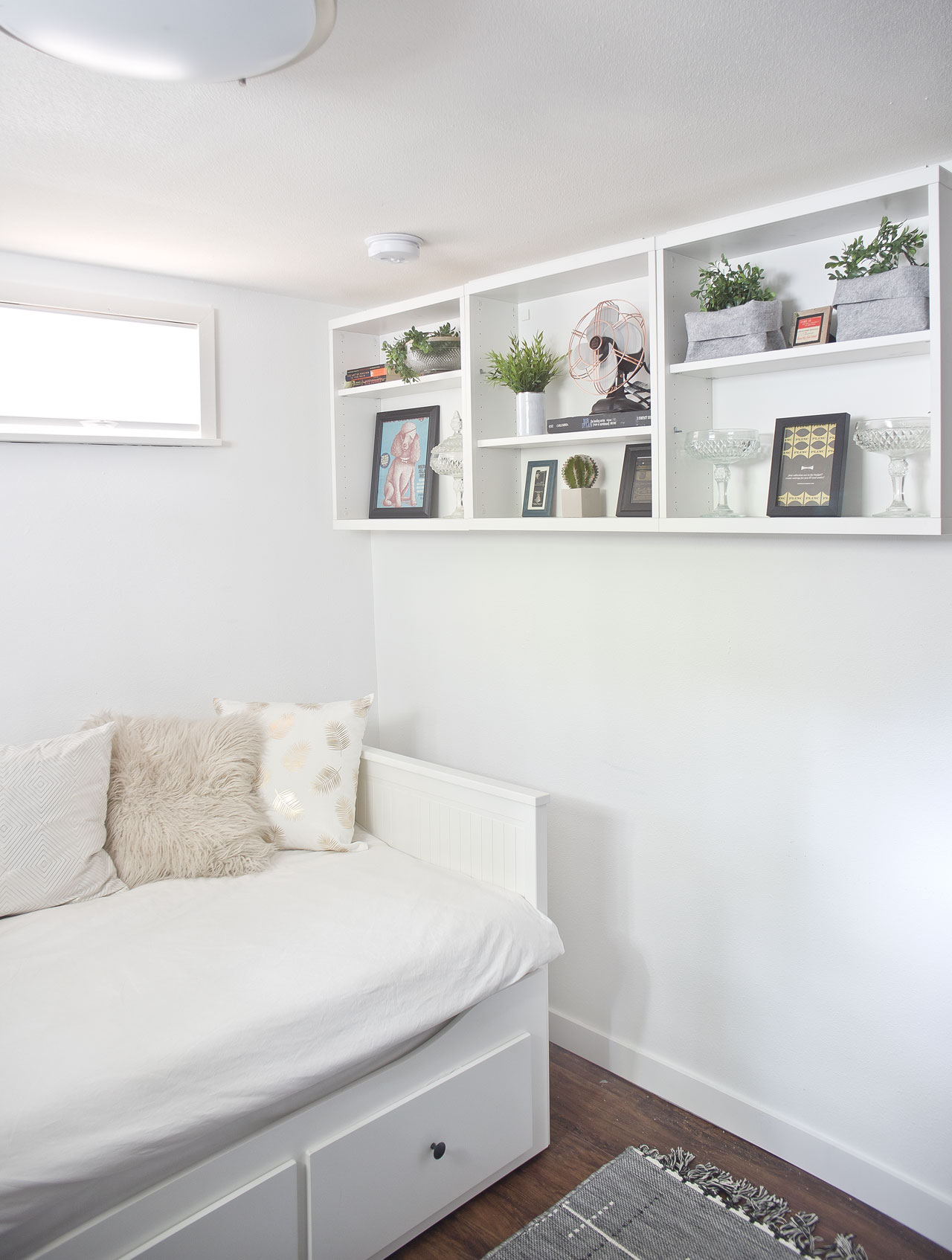 Instead of trying to cram a queen bed in the room, we decided to use an Ikea Hemnes daybed. It’s the perfect fit and when it is opened up, it’s actually quite large. It also is multi-functional and doubles as seating while watching TV. We moved our one and only television to this room because we weren’t really using it upstairs and it was a bit of an eyesore over our fireplace. So it was banished to the basement. The shelves are also from Ikea. They are from the Besta line. 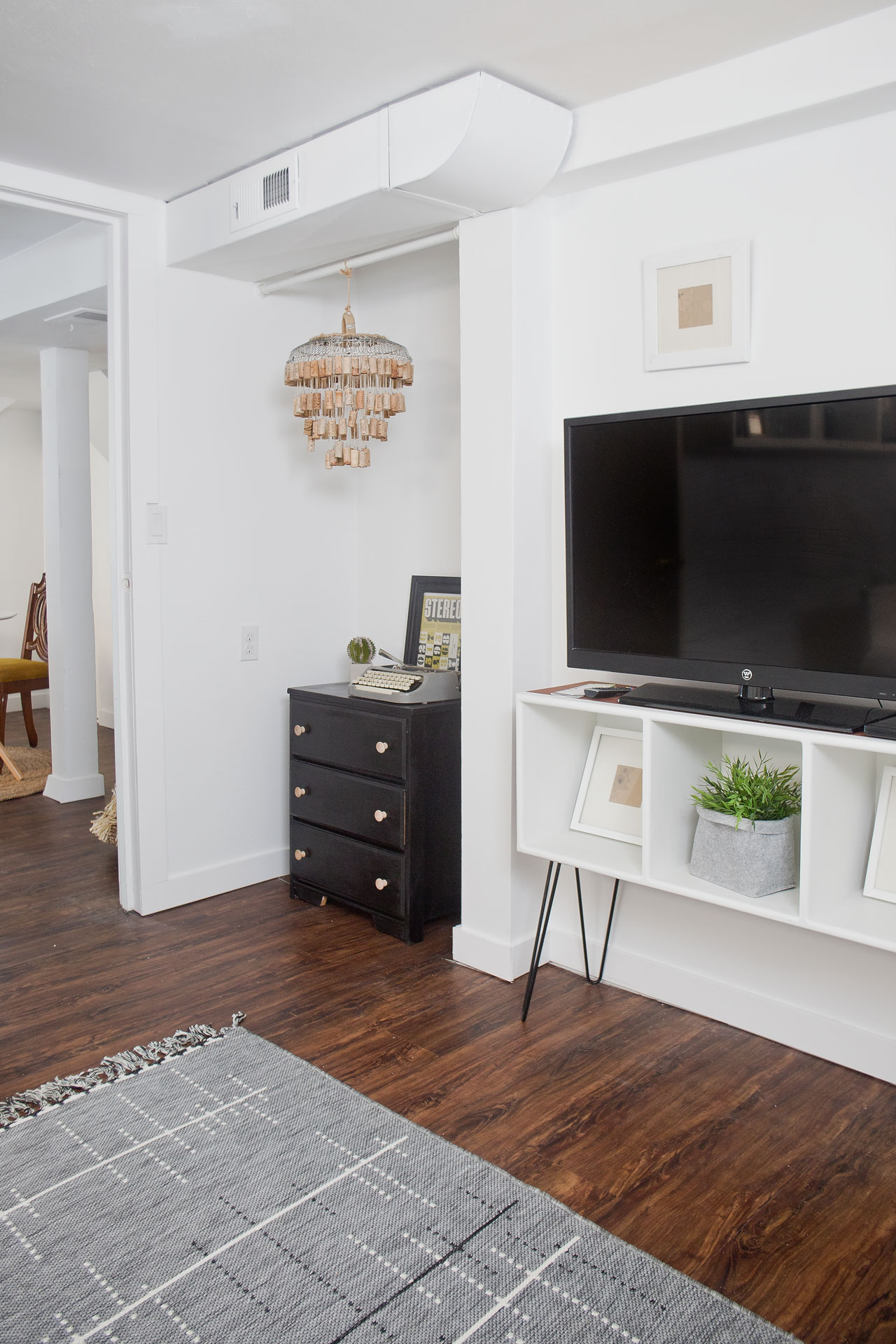 This side of the room is basically a monument to all of our upcycle and thrift projects.  We have the bookshelf turned credeneza, the infamous cork chandelier, some artwork from Joey, and a black dresser that was a Goodwill Outlet steal from years ago. I recently painted it black and it looks completely new. I also found that fantastic grey rug at Goodwill about a month ago. I am proud to say that no item in this photo cost more than $15. #ImCheap

Believe it or not, there is more to our basement than just the two rooms. We also have a bathroom, laundry space, and a small common area. I’m planning on sharing photos of those spaces in an upcoming post, so stay tuned.