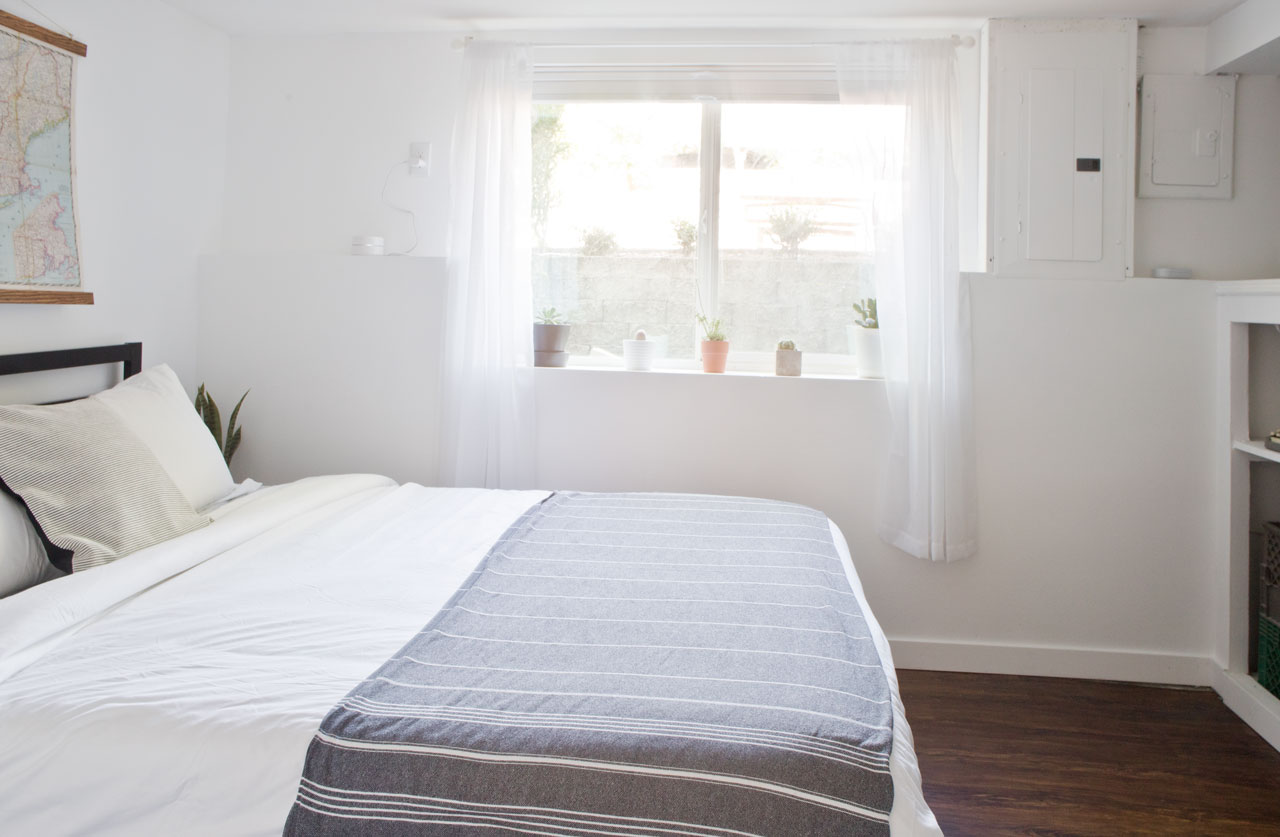 So I’ll let you in on a little secret. When our basement flooded last November, I was secretly not that upset for one reason – I HATED the carpet, like with a passion. So I researched flooring options for basements and decided to go with Luxury Vinyl Tile that looks like wood. It’s water resistant and inexpensive – winner, winner, chicken dinner.  I had planned on doing the entire basement flooring myself, so I started ripping up carpet and taking off baseboards only to discover a little mold problem.  Yikes!! We called in a remediation expert and they had to take off the bottom half of our drywall on the majority of the walls in our basement.  Then because we had the walls mostly opened up, we decided to spring on getting an earthquake seismic retrofit. I have an intense fear of earthquakes, so I’d been bugging Joey about getting a retrofit for a while. We also decided to get some plumbing and electrical work done. Talk about a slippery slope. One little flood and next thing you know, our entire basement is gutted. Well then came the fun part. Putting it back together. I had fully intended to pick back up with the flooring myself, but when I started working on it, I noticed that the floor was very uneven, which was causing the tiles to not properly lock. So we used some self leveling concrete.  But by this time, I was honestly so sick of the whole basement saga that I decided to just hire someone to finish the job.  So we hired a handy man off of Thumbtack. He painted the walls and installed all of the flooring except for the bathroom, which I took care of myself. After all that, I was able to finally start putting the place back together.  Because we’d spent all our money on an unforseen basement remodel, followed by a bathroom reno upstairs, I was on a strict budget for outfitting the space. 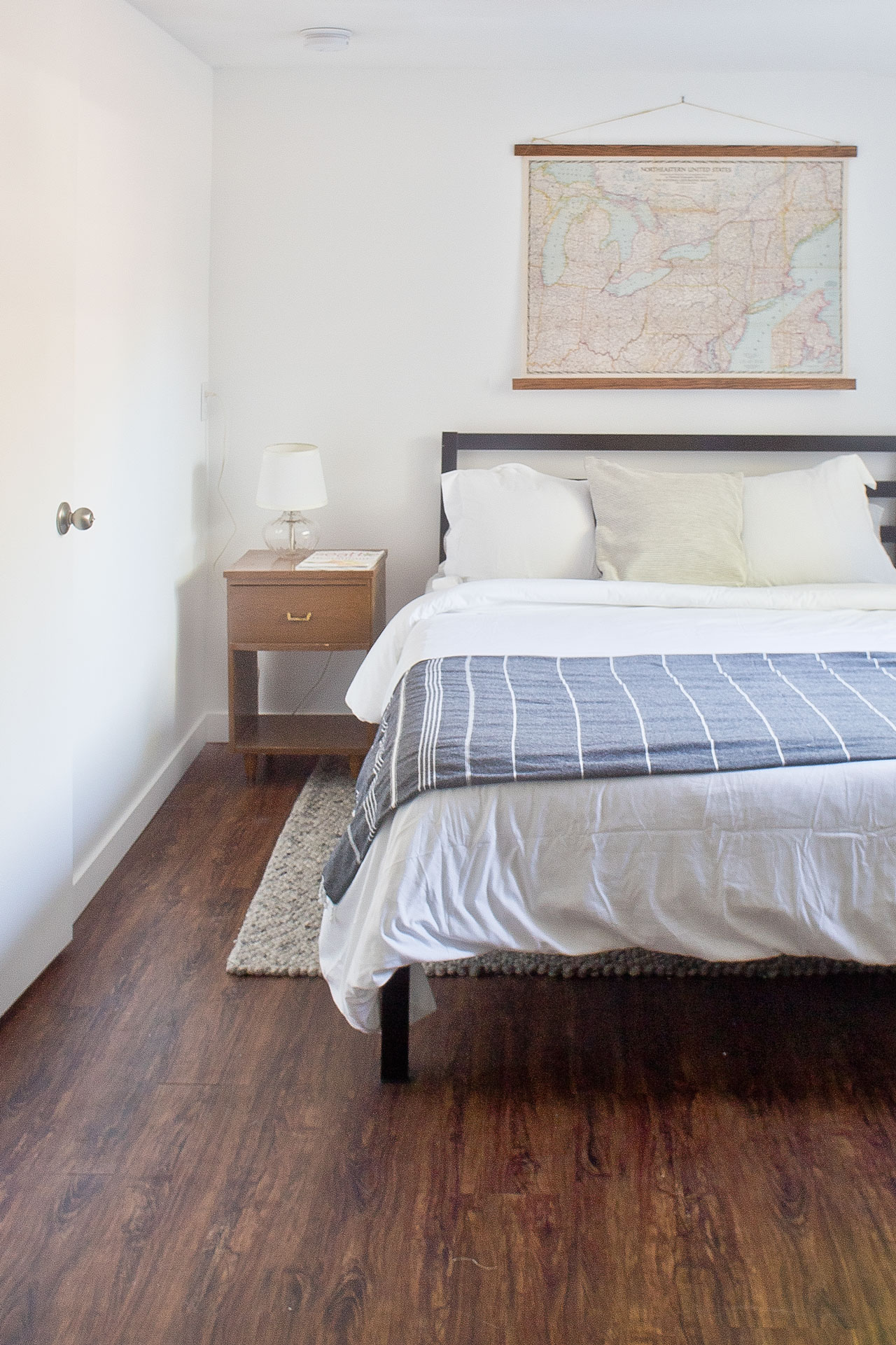 I pretty much kept everything that we had before, framed a bunch of Joey’s artwork in thrifted frames, re-used an old duvet cover, and made a really cool map wall hanging for less than $10 (tutorial coming soon). 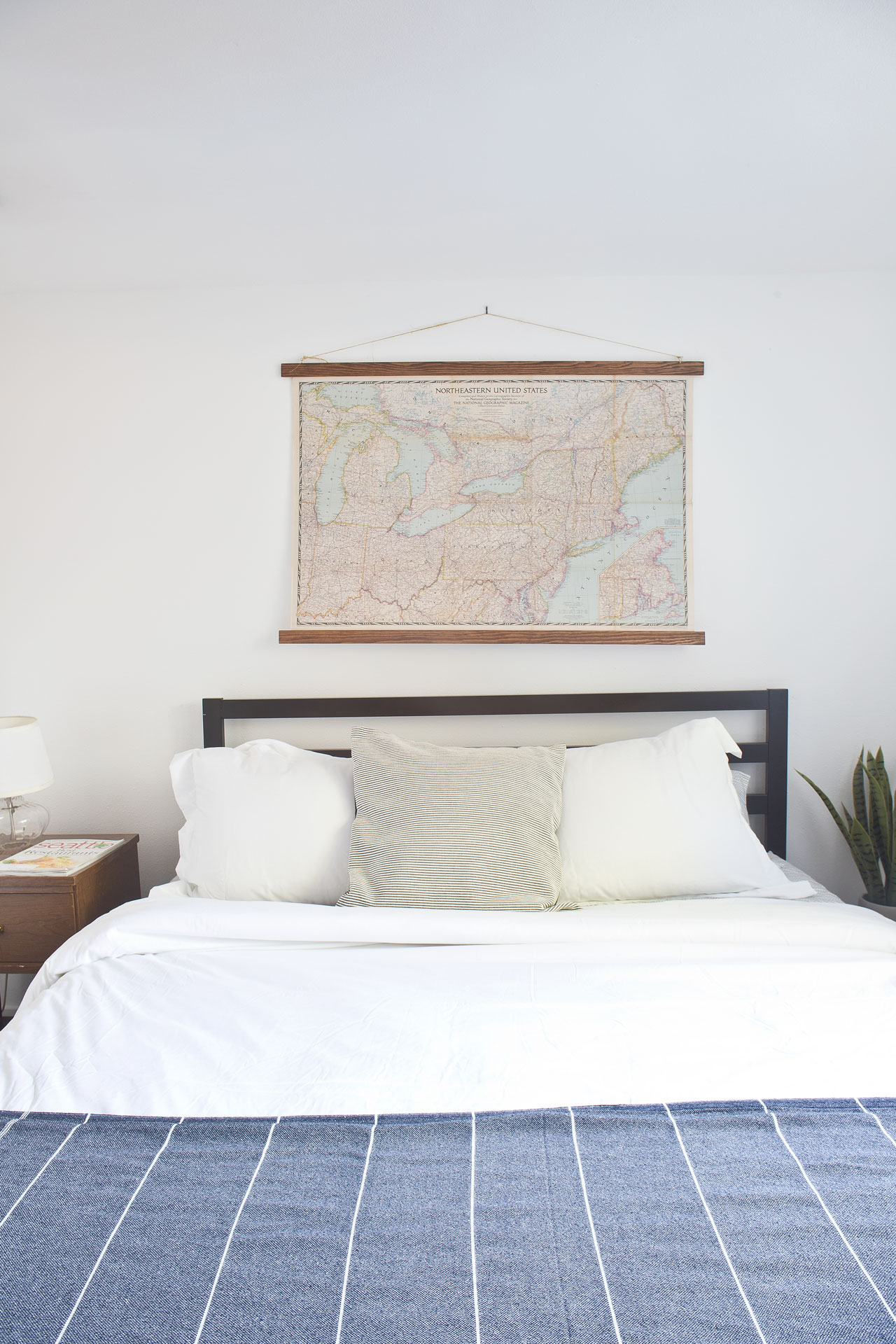 However, I did make two purchases. I bought a Billy Bookshelf from Ikea because the retrofit crew accidentally threw out the shelves we had before. I also bought a really nice lounge chair from Wayfair. This room is super weirdly laid out with a very elongated shape, so I decided to turn the back wall into a little reading nook and I needed a comfy chair. Wayfair to the rescue!

So now that this room is done, I have to move on to the other basement room. I also am making over the hallway to have a little refreshment station and table for our house guests. It’s going to be so cute! Stay tuned. 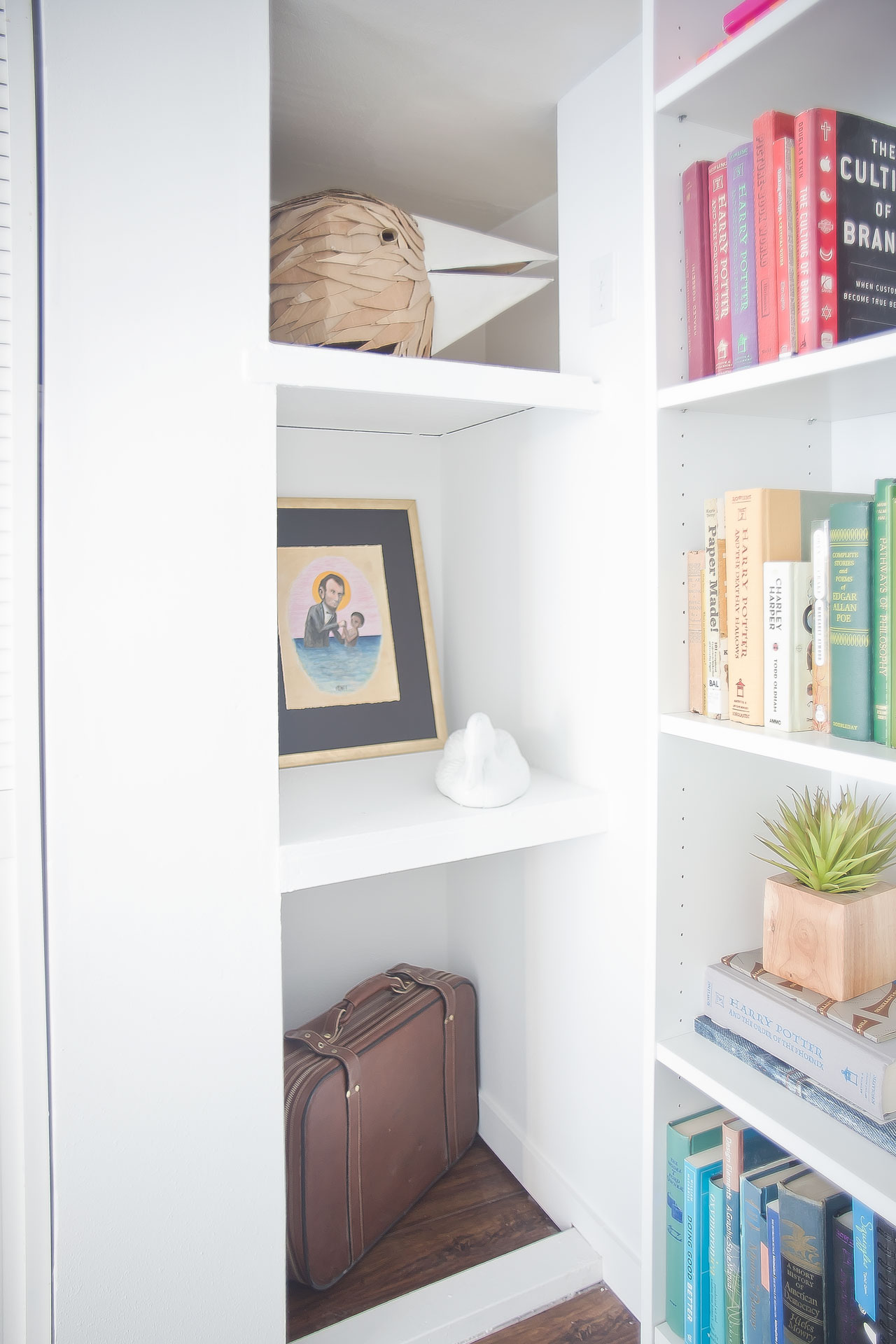