Last year I had grand plans for Halloween. We were going to be a family of fruits. Florence had a strawberry costume and I was going to make myself a lemon costume. Joey was going to be a watermelon. But somehow in the daze of being new parents, we lost track of time and before we knew it, it was Halloween Eve and only Florence had a costume. So I let it go, but this year, I was determined to not make the same mistake. So a few months ago, I started my family costume search. I wanted something easy and inexpensive. That’s how I landed on Where’s Waldo costumes. 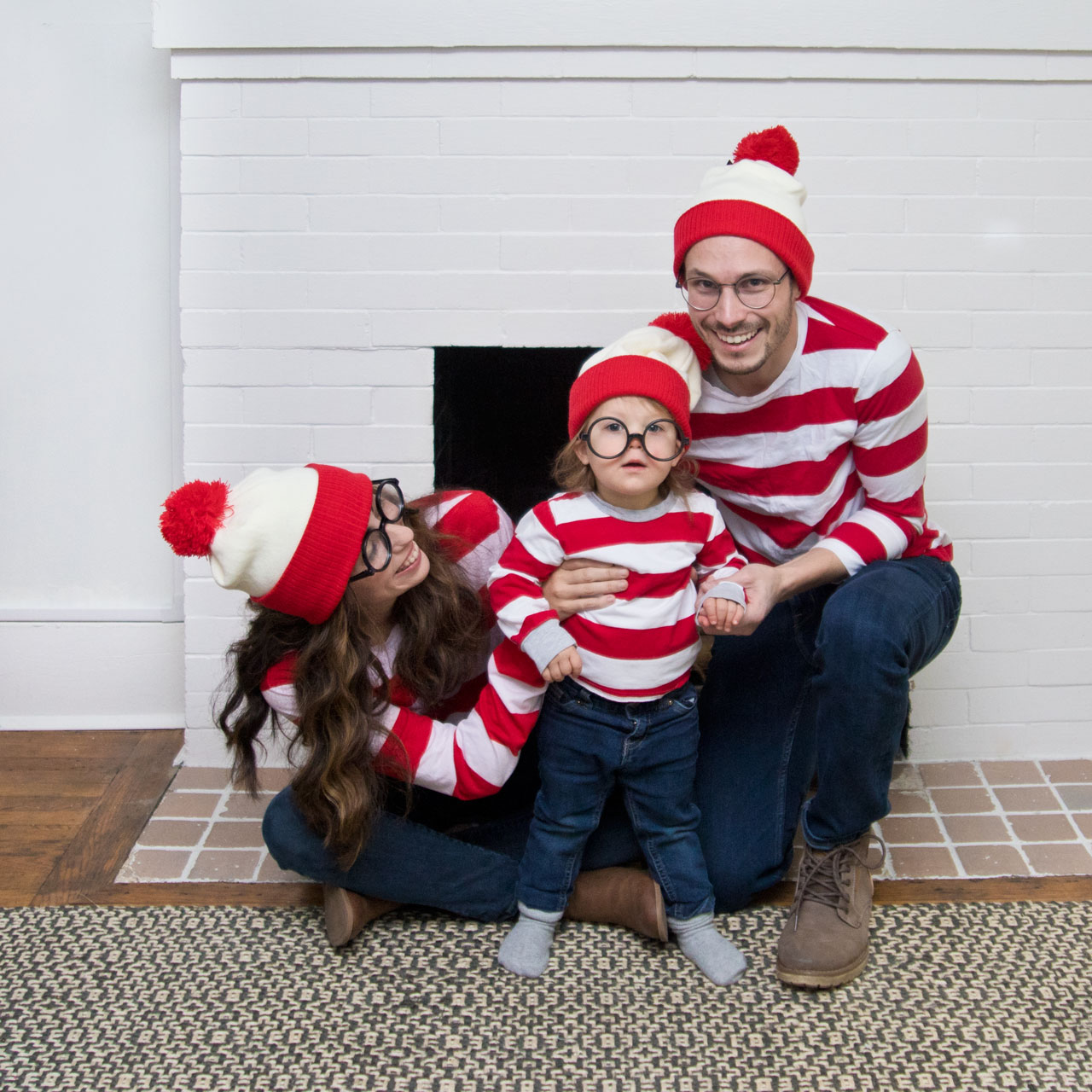 Cute, right? I found Florence’s costume on Poshmark. It was $15 plus shipping, which I was pretty happy about. For the adult costumes, we just had to buy striped shirts and hats. Amazon to the rescue.  I also found some faux glasses on Amazon. Luckily, Joey’s real life glasses could give Waldo a run for his money, so we didn’t need to buy any for him. 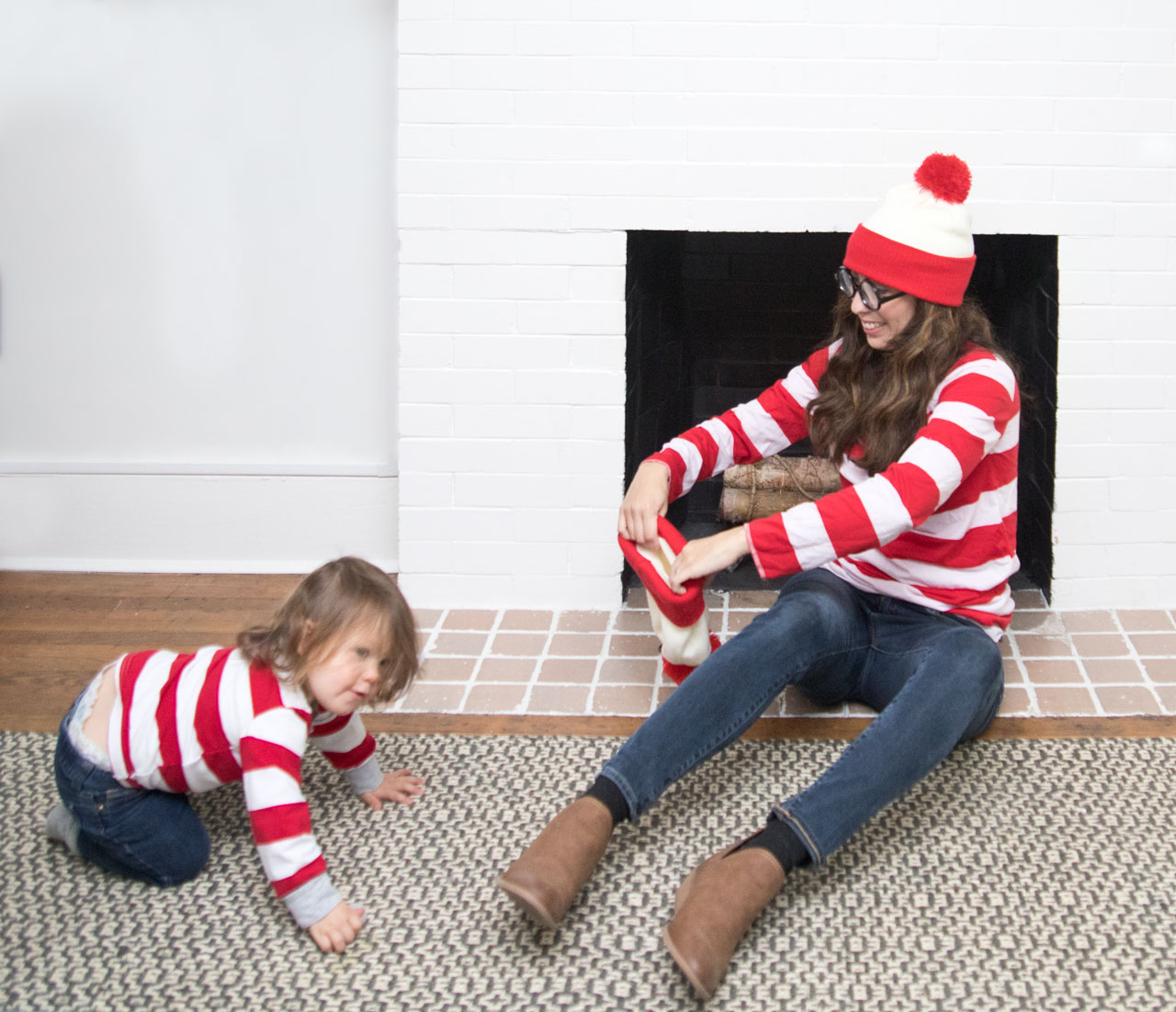 It was literally one of the easiest costumes ever.  Family costumes are the best. I know Florence is going to look back one day and be super embarrassed, but I don’t care. We are going to do family costumes for as long as we can.