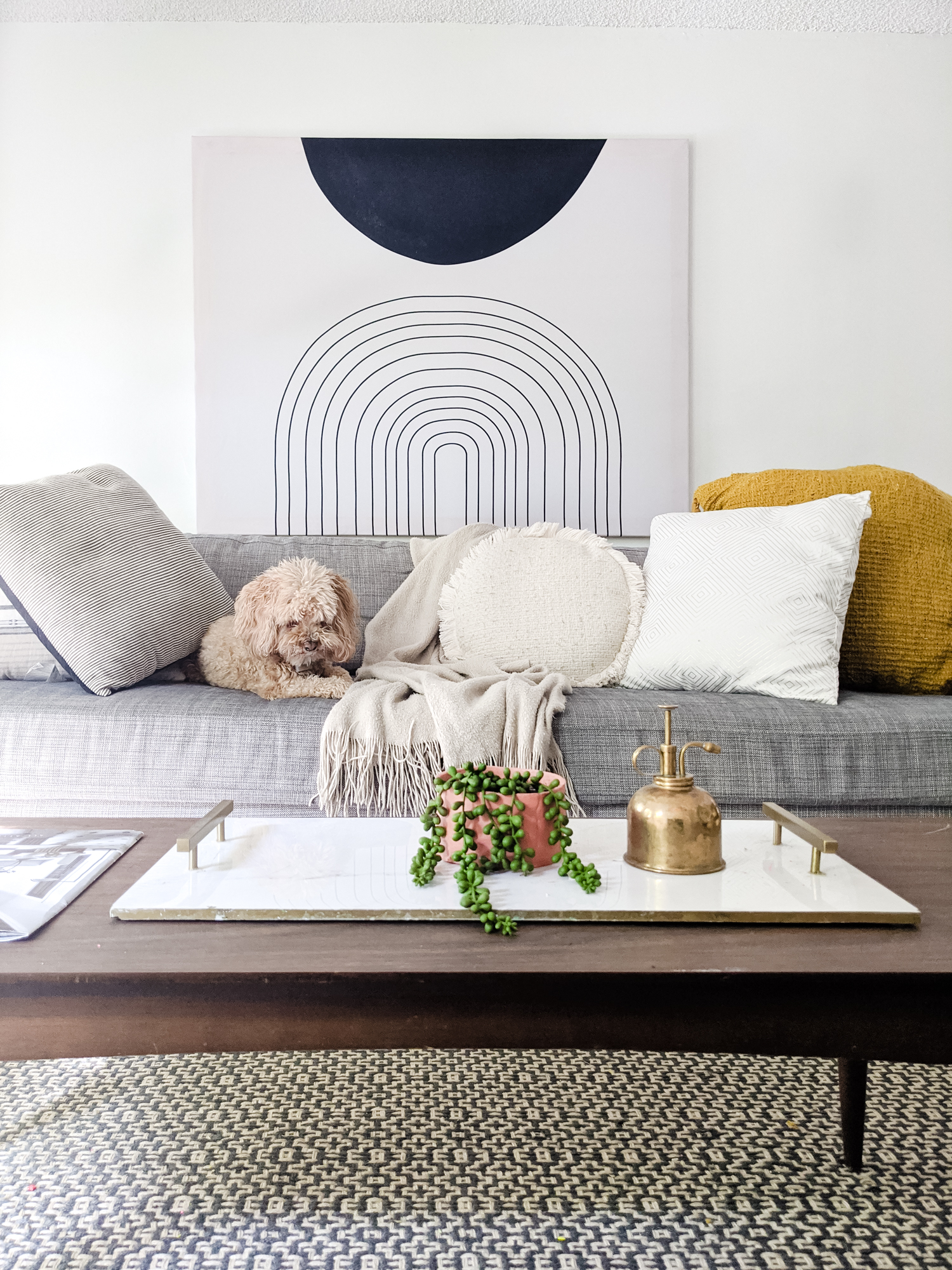 In my last post, I mentioned that I have been feeling like our living room is too busy. After a lot of deliberation, I concluded that part of the issue was the set of 3 huge cassette tape prints.  I love how they looked, but it was just a bit too much.  I wanted a more minimalist art piece, but I needed something huge for the scale of the wall.  Luckily, some Pinterest digging helped me find Angela Rose Home’s shower curtain to wall art diy, and I knew that was the ticket to large, yet affordable art.  So I found a shower curtain that I loved on Society6, some 2x4s, screws, a staple gun, our circular saw, and got to work. 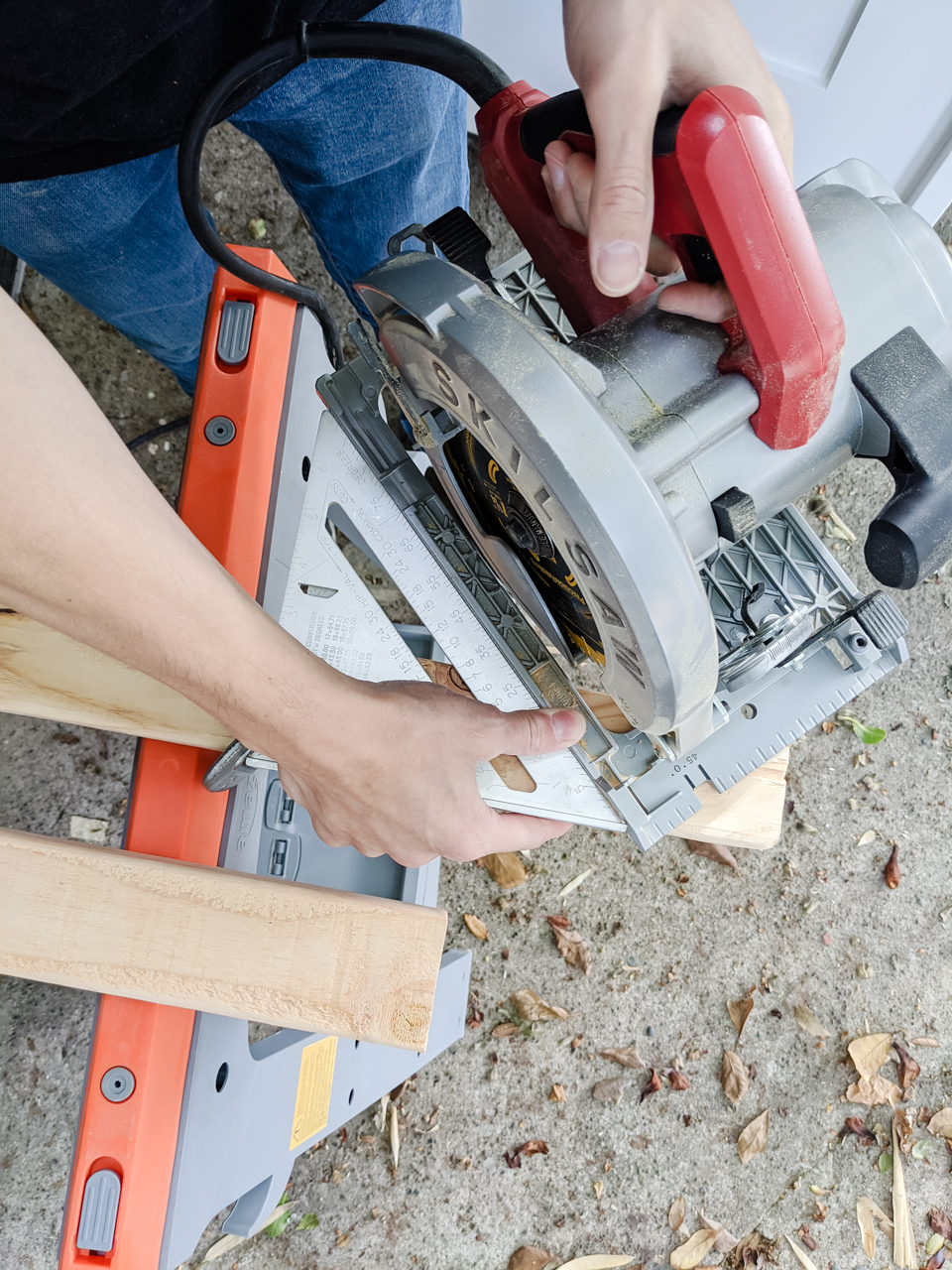 First we cut the wood to size. My dimensions are 50″ x 65″.  Joey got fancy and did the corners by cutting 45 degree angles. He ensured that the point of each cut was the desired measurement.  Then we used screws to build the frame. 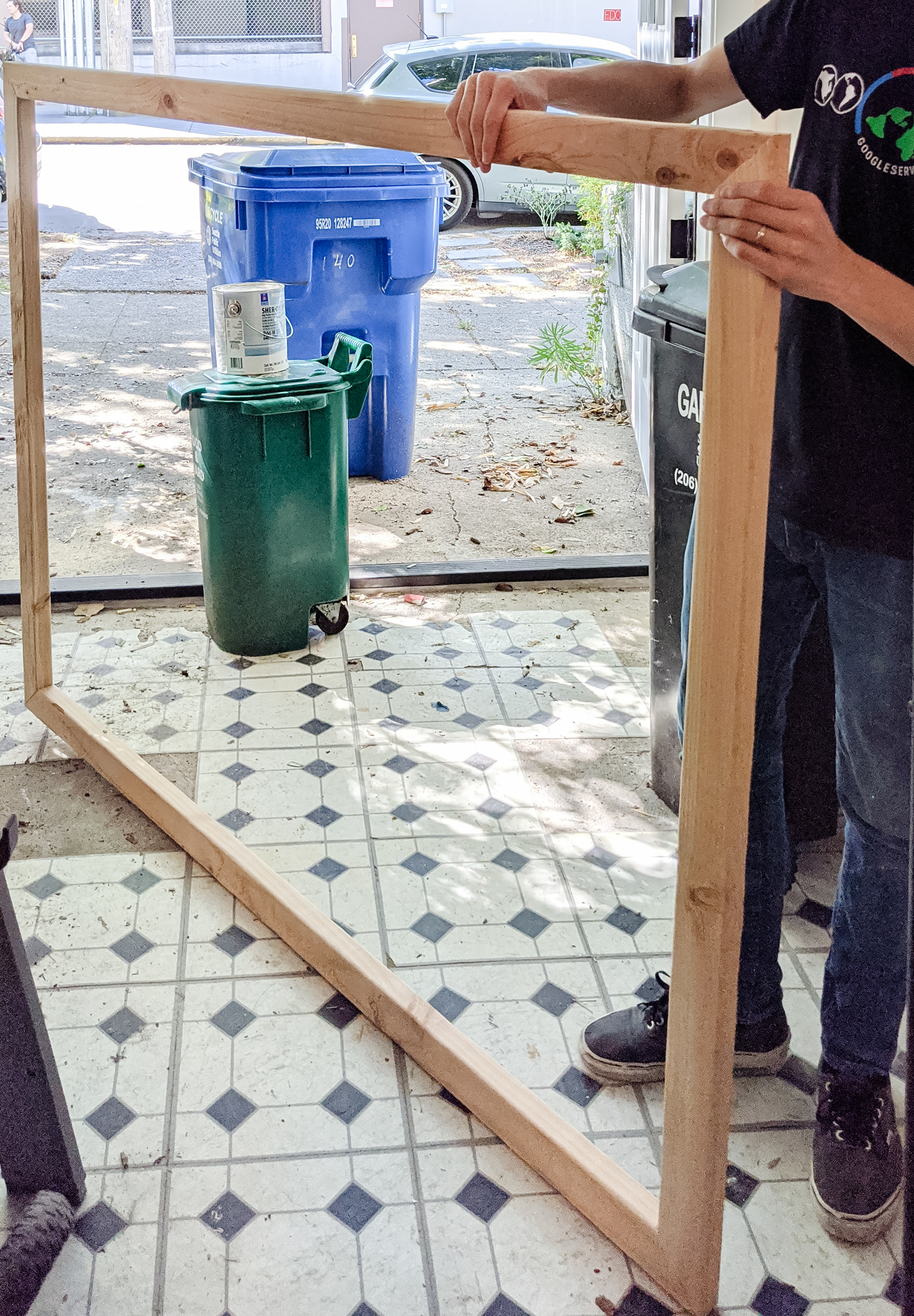 As a final step, we stretched the shower curtain very tightly around the frame and stapled it.  Joey had built canvases when he was in art school, so he knew how to ensure there were no wrinkles. I probably wouldn’t have known to wrap it as tightly as we did without his guidance. 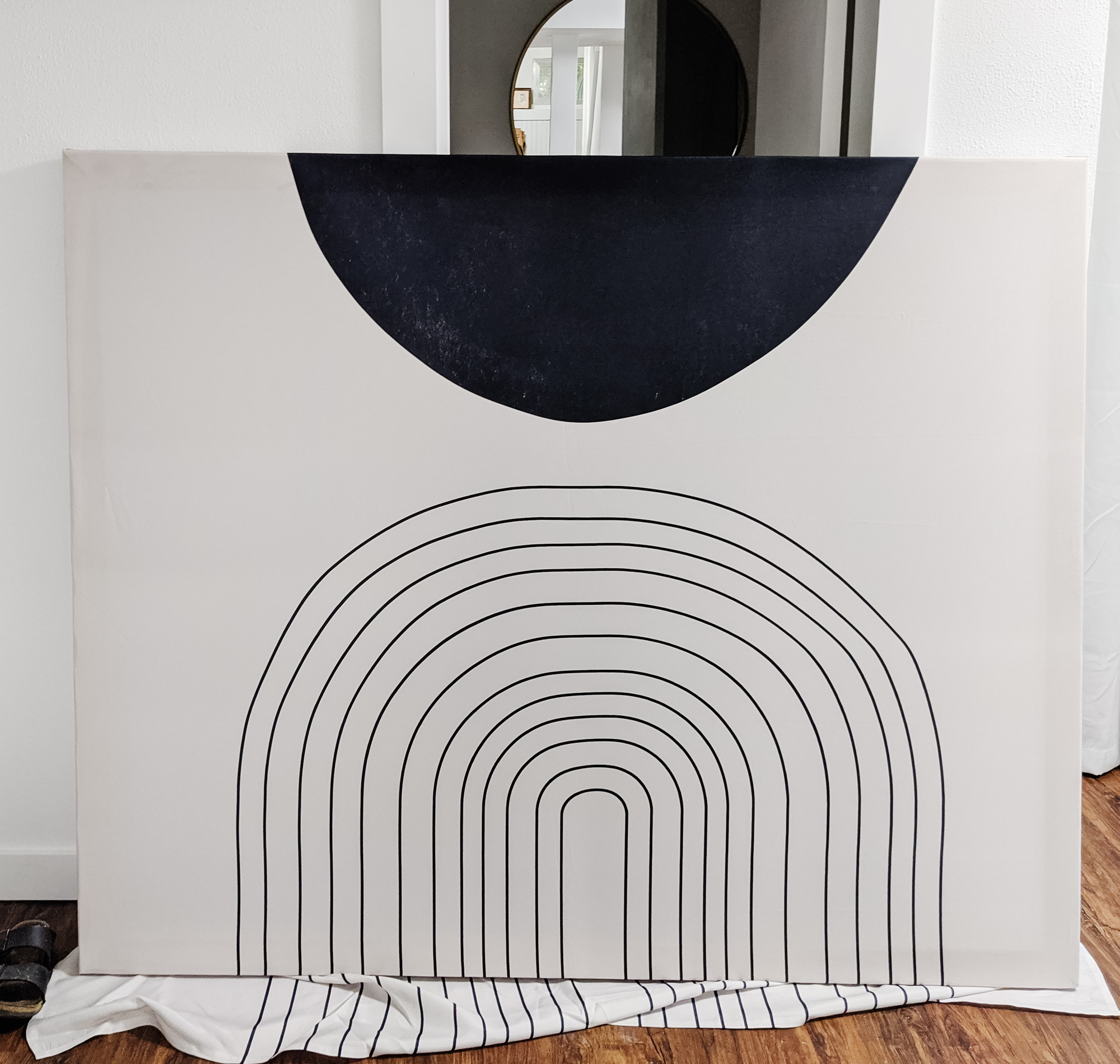 We trimmed the excess fabric before hanging. 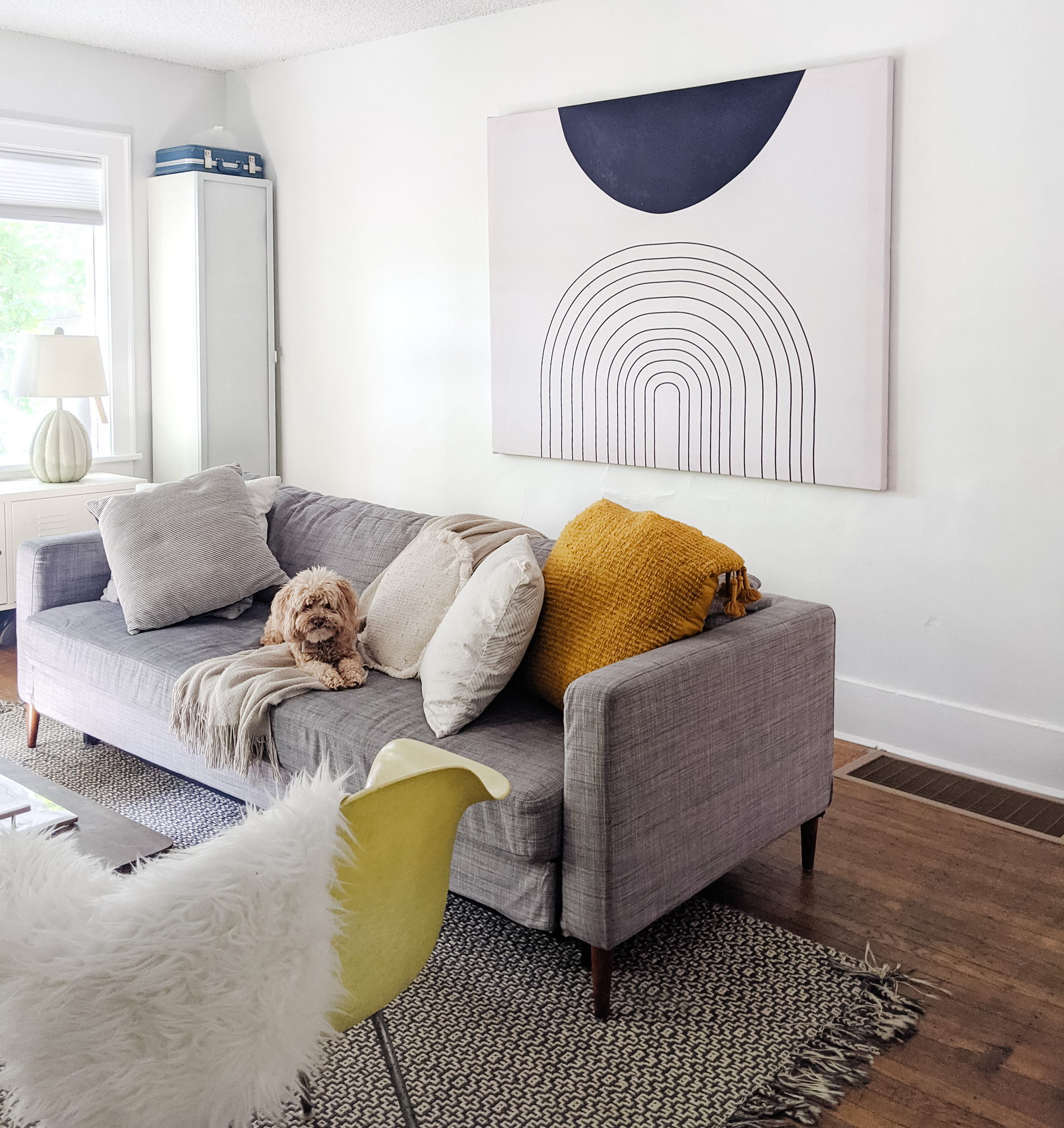 It’s a perfect fit for the wall and feels a lot more minimalist than the previous prints. 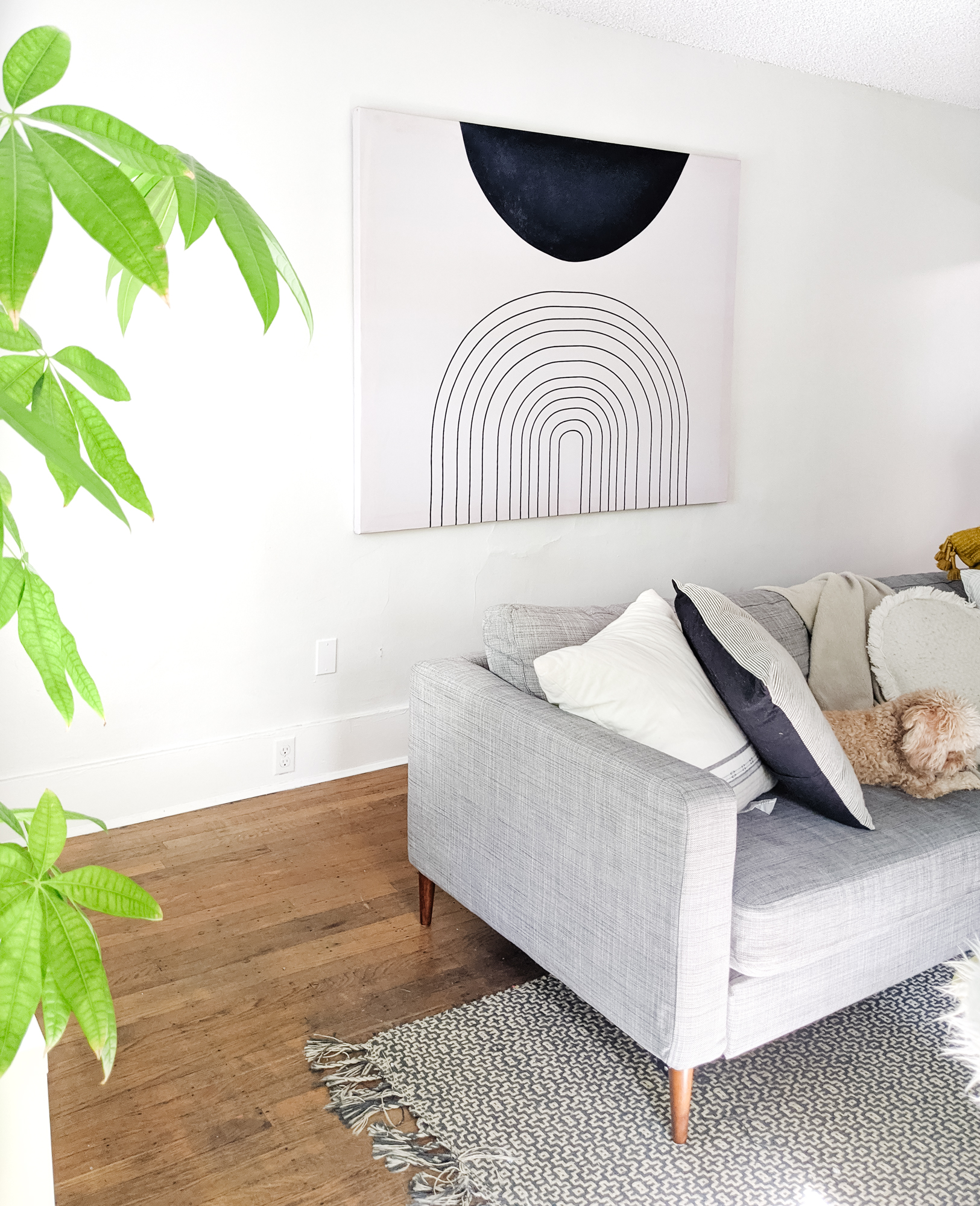 I’ll leave you with a bit of a side tangent, which isn’t really related to this photo, but I do think is interesting. Every single photo in this post was taken on my Pixel phone and edited with the Studio McGee Lightroom presets.  It saved me so much time, and I feel like the quality of the photos isn’t all that different than when I use my full frame camera. What do you think? Because I think this could be a game changer. I don’t post as often as I would like to, because it takes forever to edit photos usually.  And between being a mom, working full time at Google, and hustling for Persist the Game, I don’t have time for that.  So this might be the perfect compromise. 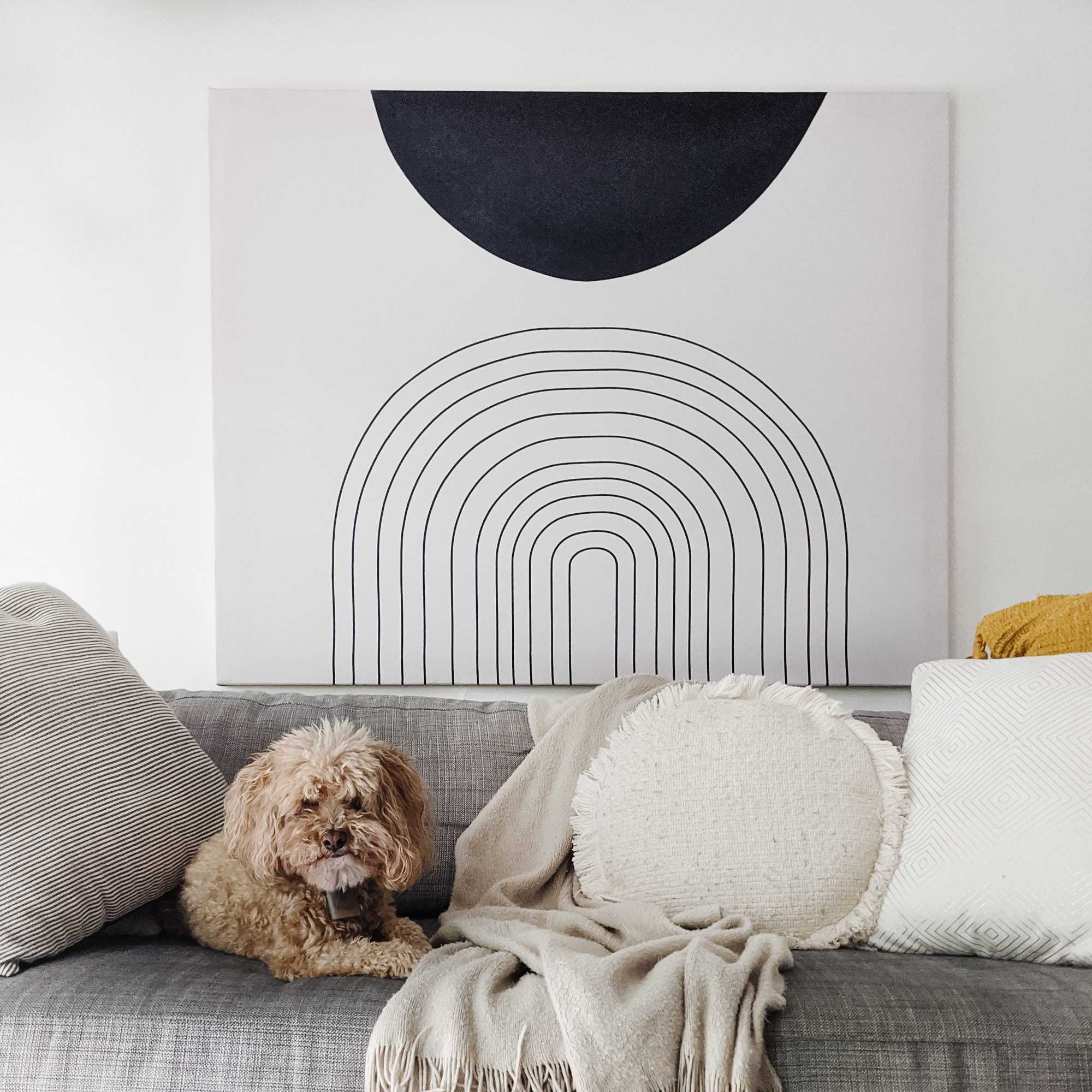