I’m a big fan of lazy diy projects.  The type of project that takes very little effort and still ends up looking halfway decent.  With that said, let me introduce you to “The Fabric Chandelier.” This little chandelier is comprised of three materials– fabric, yarn, and a cooking grid.  I whipped this up one night when I was feeling both creative and terribly lazy at the same time. 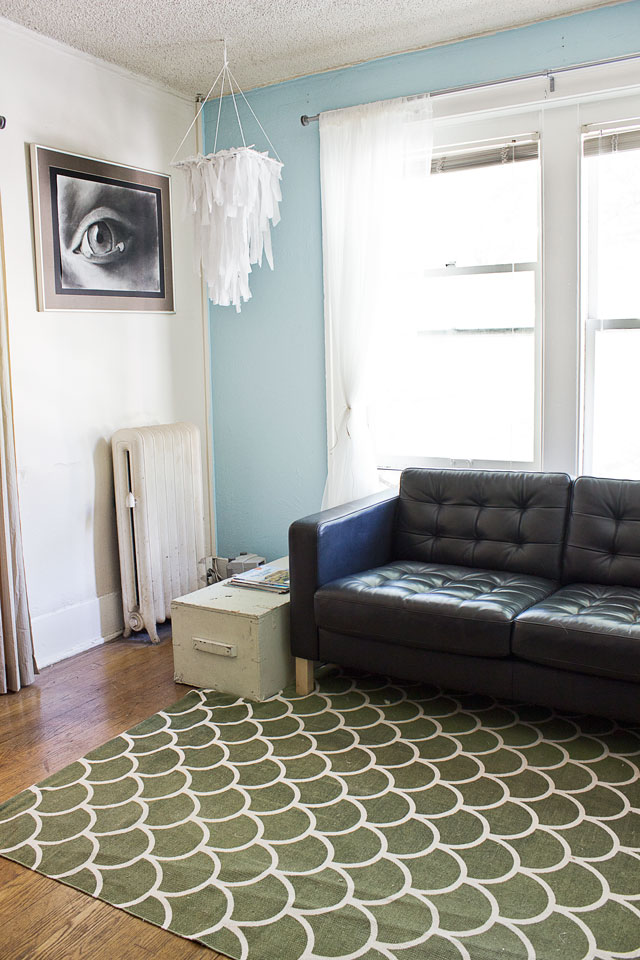 I began by cutting strips of fabric into groups of three different lengths.  Then I tied fabric strips to the grid, making sure the longest strips were in the center and the shortest were along the edge.   To hang the chandelier, I cut four pieces of yarn, tied each piece to a corner of the grid, and knotted the ends into a loop. 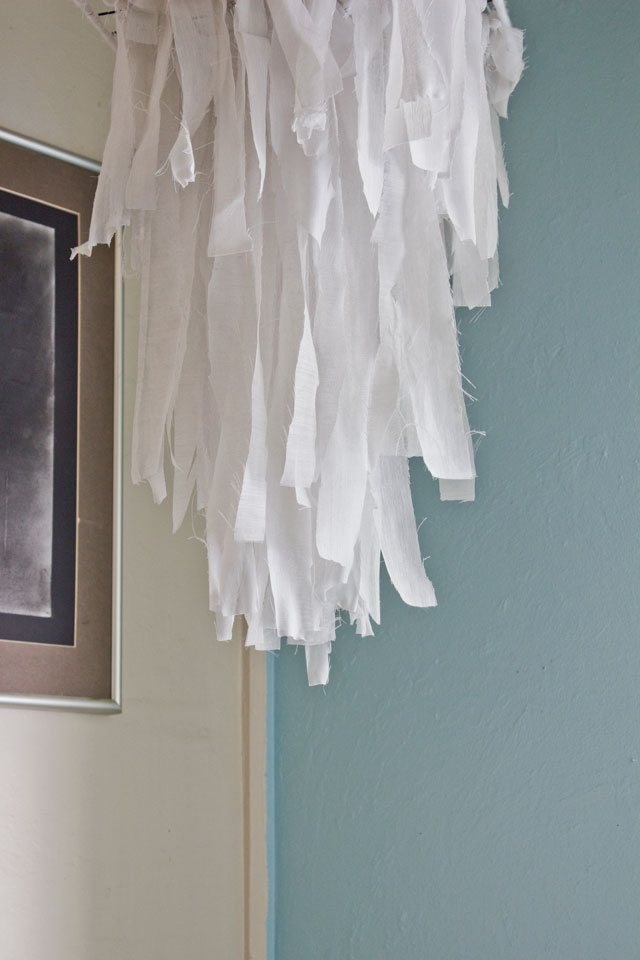 I wouldn’t say this is my favorite chandelier ever, but it looks rather nice considering the amount of effort I put into it.  If I were going to make it again, I would probably use more fabric.  The reason I didn’t use more is because I ran out, and since I am the queen of lazy, I refused to go to the store and buy more.