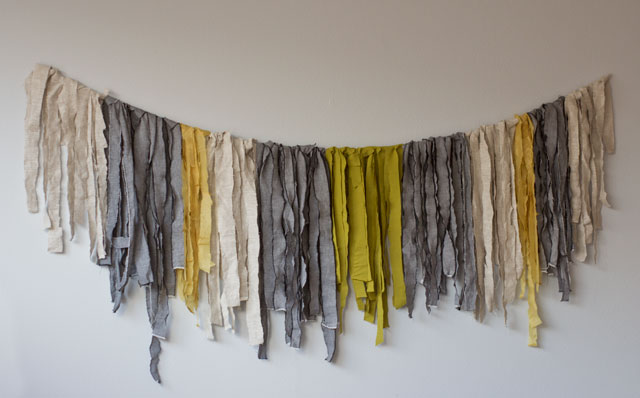 I am the queen of cheap. I hate spending money, which is usually a beneficial trait; however, my extreme budgeting has really put a damper in my decorating plans.  A few weeks ago, I was looking for a snazzy piece of artwork to put over my couch, but everything I saw in the stores was far too expensive for my taste.  I knew that if I didn’t want bare walls, I had to get creative, so I opened up my craft drawer and pulled out some scrap fabric, yarn, two nails, and a pair of shears. After a few hours, I came up with some pretty decent textile centric artwork. 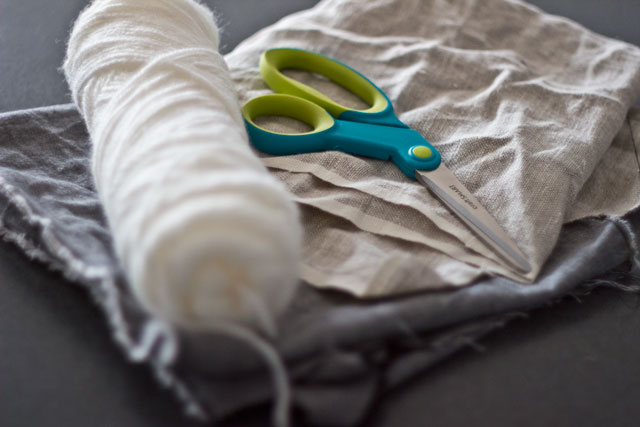 I started by putting two nails above my couch so that the distance between them was slightly wider than the couch.   Then I took a strand of yarn and tied one end around each of the nails.  I left a little bit of slack so that the yarn draped ever so slightly.  I took strips of fabric and wrapped each strip around the yarn.  I choose a pattern consisting of four different colors of fabric, and arranged the strips so they were slighly varying lengths. 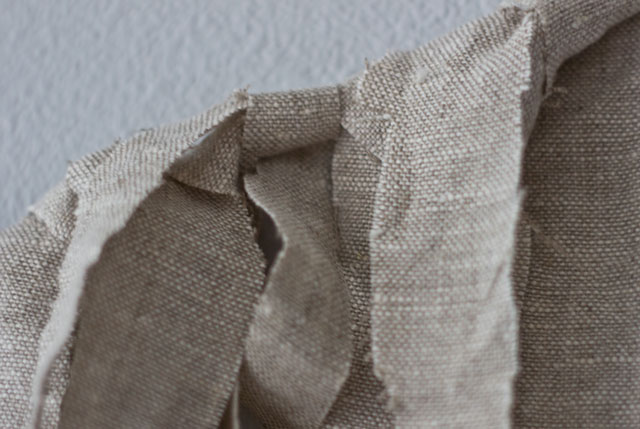 I think it looks quite beautiful.  It reminds me of an Anthropologie display. 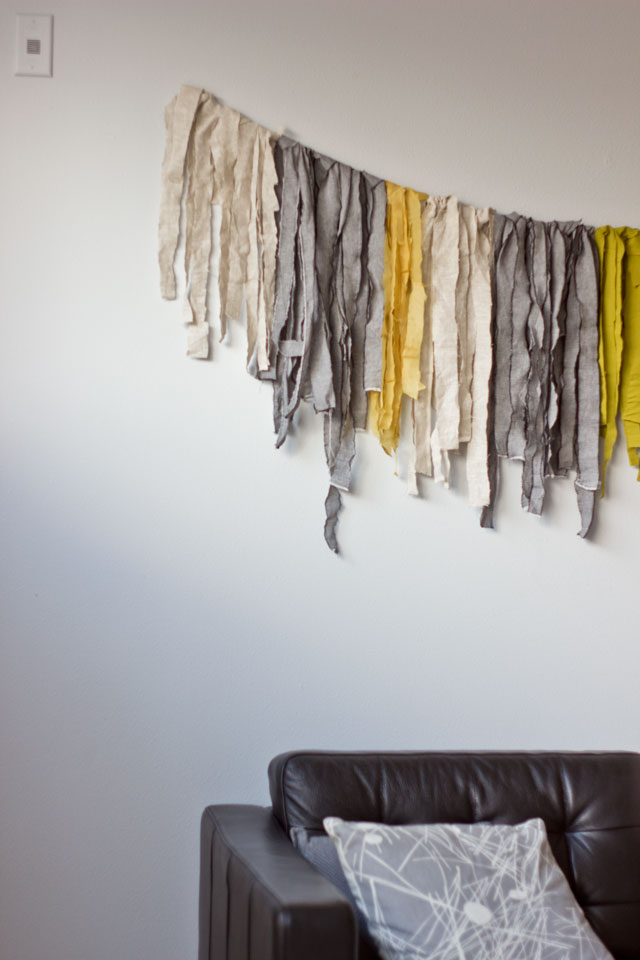 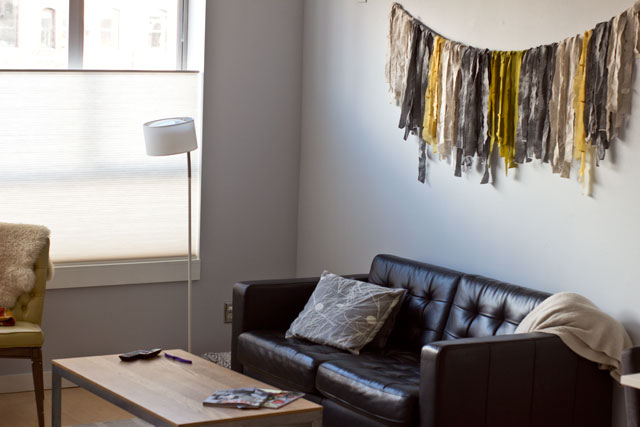 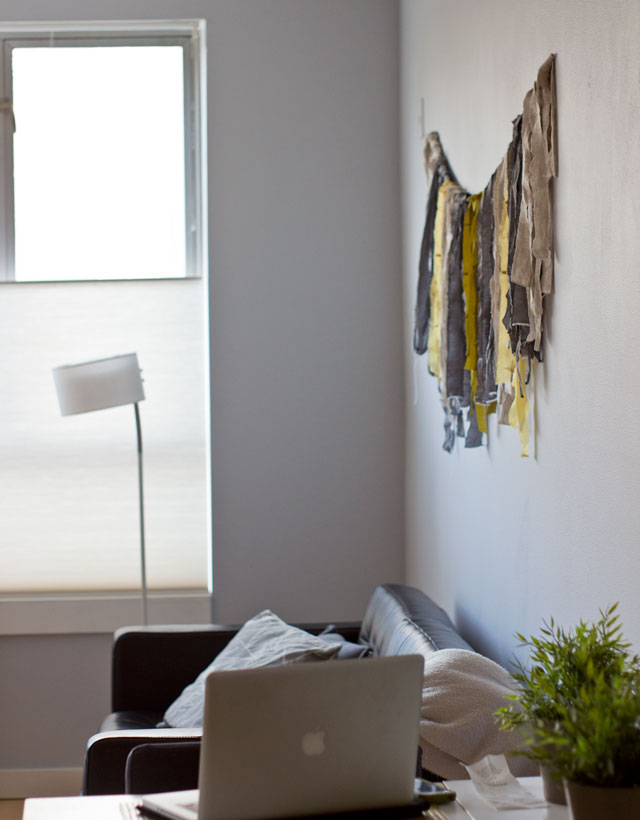 It goes well with my decor, doesn’t it?  The best part was that it was FREE! I only used supplies that I had on hand. 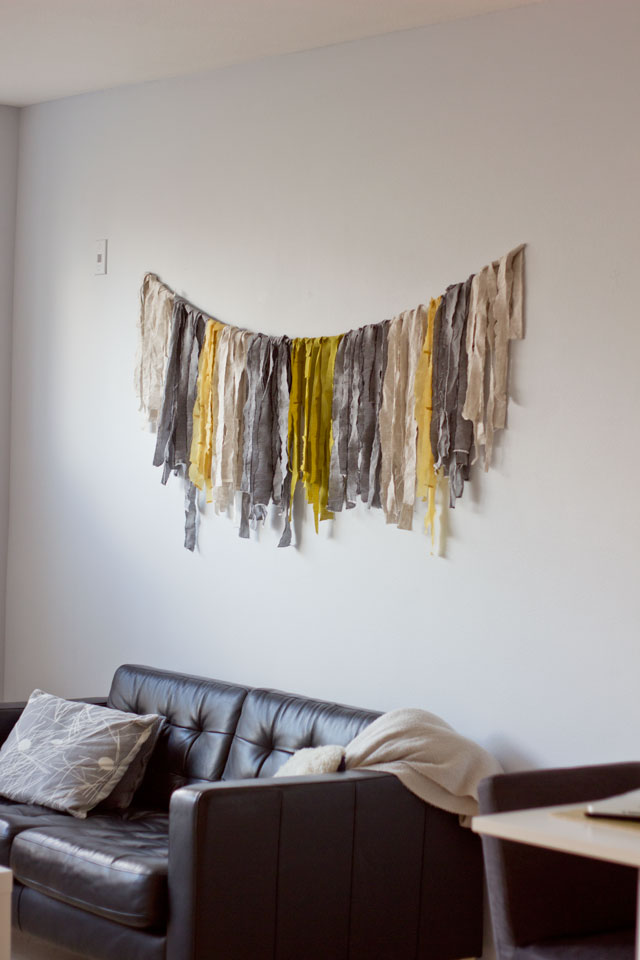 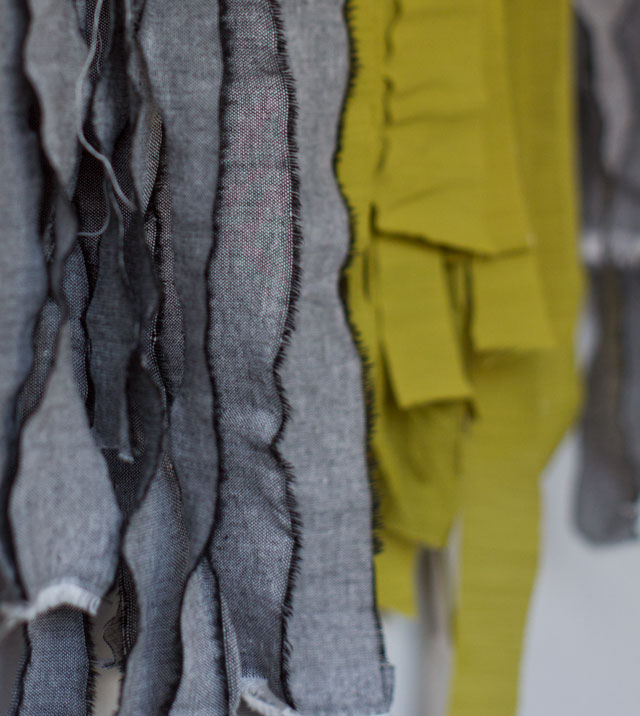