A while back, I did a post about the architectural style of Albuquerque. I had fully intended to follow up with a guide to Seattle architecture, but somehow it got put on the back burner… until now. 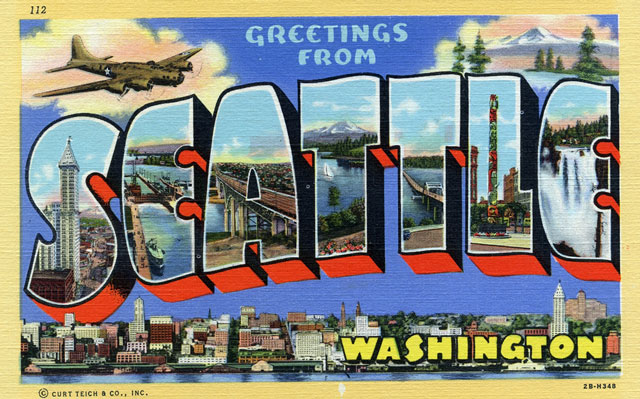 Basically, Seattle is the polar opposite from Albuquerque in terms of architectural styles.  Instead of adobe pueblo style homes, Seattle is bursting with Craftsman Bungalows, Queen Anne Victorians, and skyscrapers.  I read a fascinating article in the Seattle PI about Seattle’s architectural style throughout the years, which really peaked my interest in the topic. The reader’s digest of the history of Seattle architecture is this:

The Seattle PI article does a nice job explaining each style, so you should check it out if you are interested, because I’m only going to focus on the four styles that I find most interesting–the Queen Anne, the Seattle Box, the Craftsman Bungalow, and the Tudor.

Let’s start with the Queen Anne. I love the Queen Anne style. These decedent homes are abundant in Seattle’s oldest neighborhoods, such as, you guessed it… Queen Anne. They typically feature intricate molding, front facing gables, scalloped siding on the upper level, and a tower. 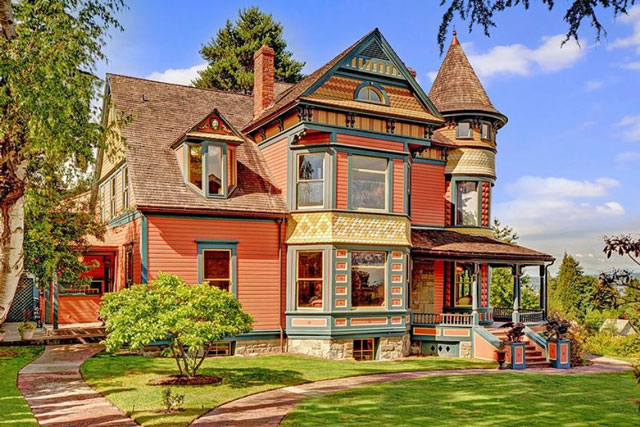 The next style that became very popular in Seattle is the Seattle Box.  It’s basically the NW variant of the classic box style, which was popular throughout the US in the early 1900s. These homes are usually boxy, have a large porch with thick columns, and have extended bay windows on the second floor. They have low angled hipped roofs with dormer windows. 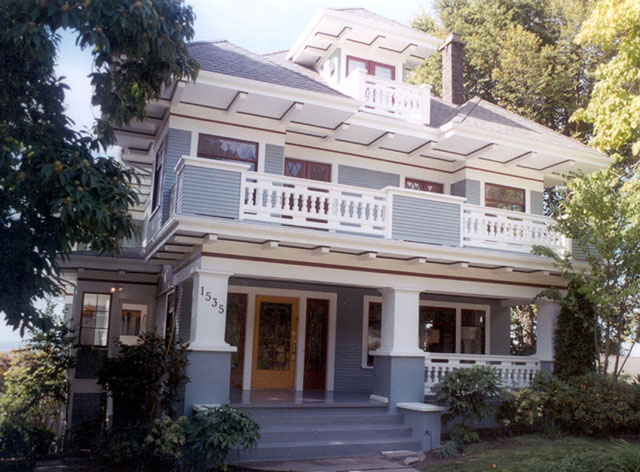 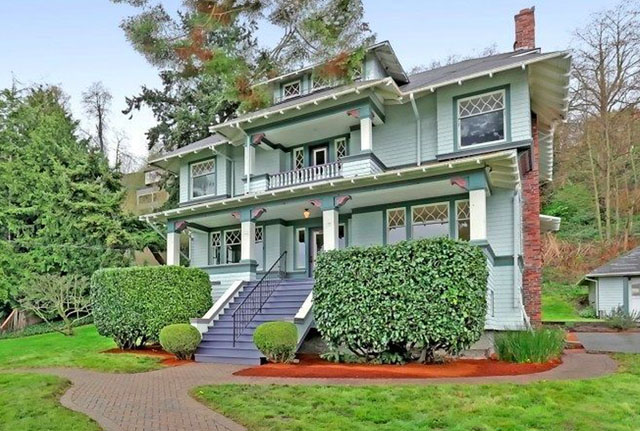 As popular as the Seattle Box was, I think the Craftsman Bungalow has it beat in terms of sheer quantity. I see these adorable homes everywhere – Greenlake, Wallingford, Ballard, and tons of other neighborhoods. They are easy to pick because they have a small porch with boxy columns, a gabled roof, and large eaves. 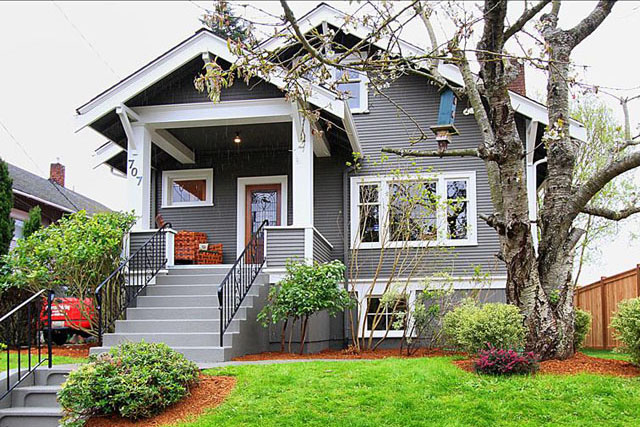 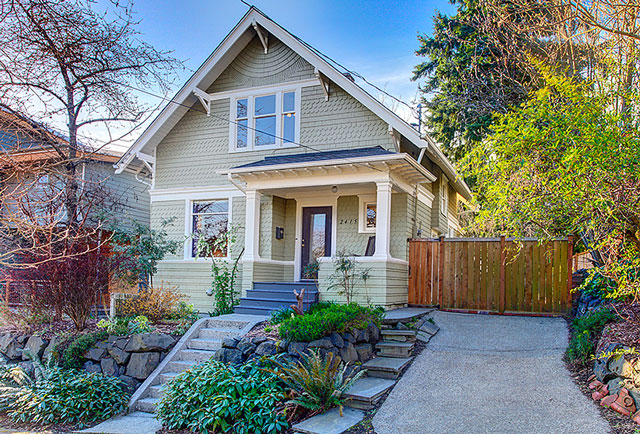 Lastly, I want to talk about Tudors, which look like they belong in a fairy tale. They are easy to spot because of their triangular front resulting from the steeply pitched roof.  Sometimes they have a double peak and almost always have a covered porch under an arched entrance. They typically lack the eaves and gables that are prevalent in other styles.

Those are just a few of the styles that I’ve come to love since moving to the Northwest.  Although I am very happy to be living in the dense, urban core of Seattle, one day, I dream of living in a beautiful Seattle home like the ones described above.