After testing out Modsy this summer, I shake the feeling that I needed to switch things up a bit in our bedroom. But I also didn’t want to spend any money, which left me with few to no options. However, when we rearranged our living room, I was able to swap out a few pieces, and it made a big impact.

First and foremost, I added the fabric scrap wall hanging above our bed, which filled in the awkward emptiness that used to exist. 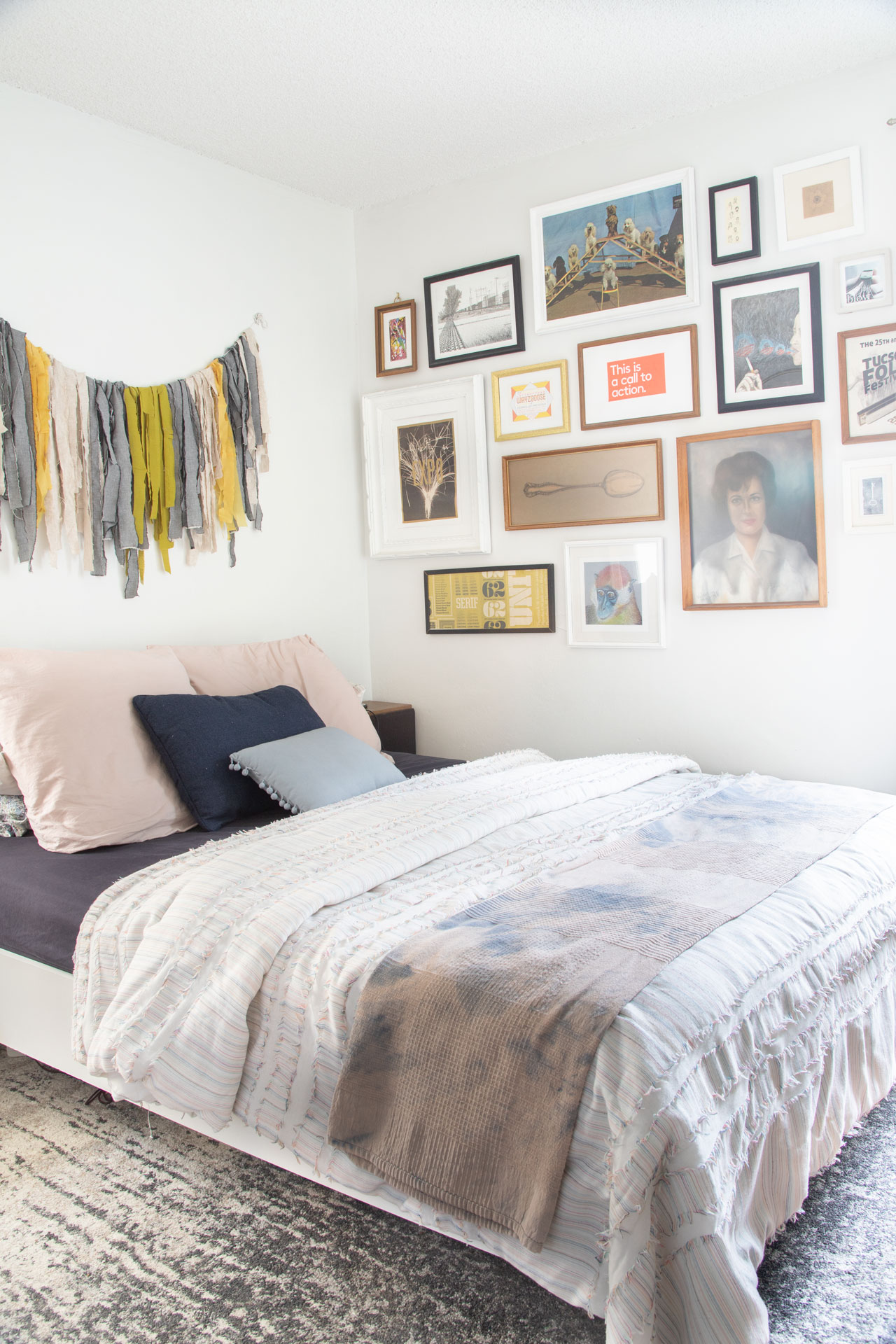 For reference, here is what it used to look like. 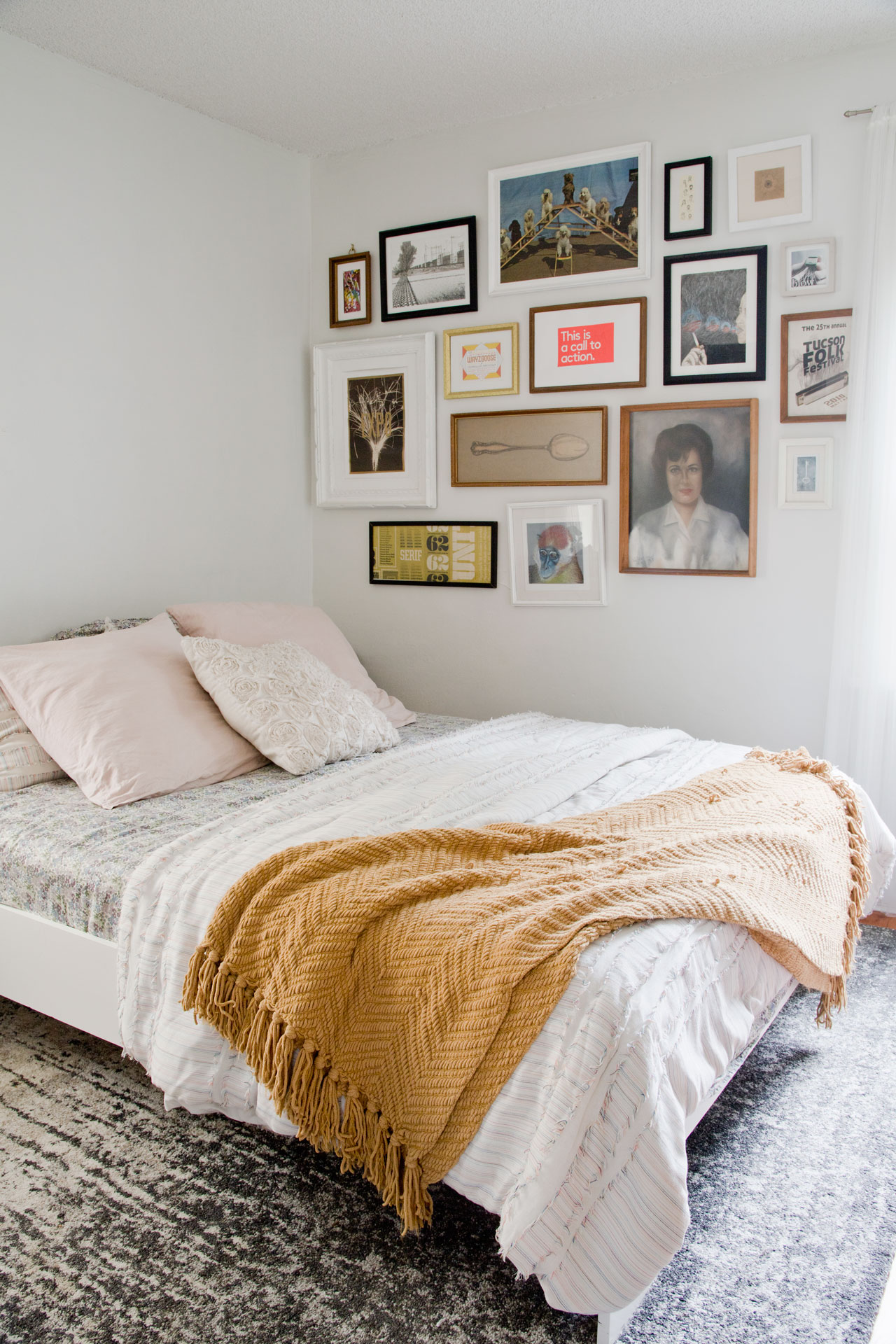 So essentially it’s the same, but with a snazzy wall hanging, different pillows, and a different blanket. Speaking of blankets, the pink/blue tie dye blanket at the end of the bed was actually a diy project gone wrong. I had bought a blanket at Ikea that was a terrible blue color. It reminded me of those blankets that they have at hospitals. Totally not my style. So I thought, I can fix this, I’ll just bleach it. Well, turns out bleach doesn’t fix everything. I had it sitting in a bucket of bleach for like 2 days straight and there were still pieces of blue that refused to change color. So I just gave up and have kept it. I don’t actually hate it that much, but it isn’t really adding much. I’ll eventually change it out, but I’m letting it live for now.

We also moved the cube storage that used to house our clothes into the living room. Now it’s a record cabinet, which is probably what it was always meant to be. So to give ourselves extra clothes storage, we added two thrifted mini dressers into our closet (not pictured because the closet is a total disaster area, and I’m terribly embarrassed by it). And we filled the empty space at the end of the bed with one of the Ikea lockers that used to be in the living room. 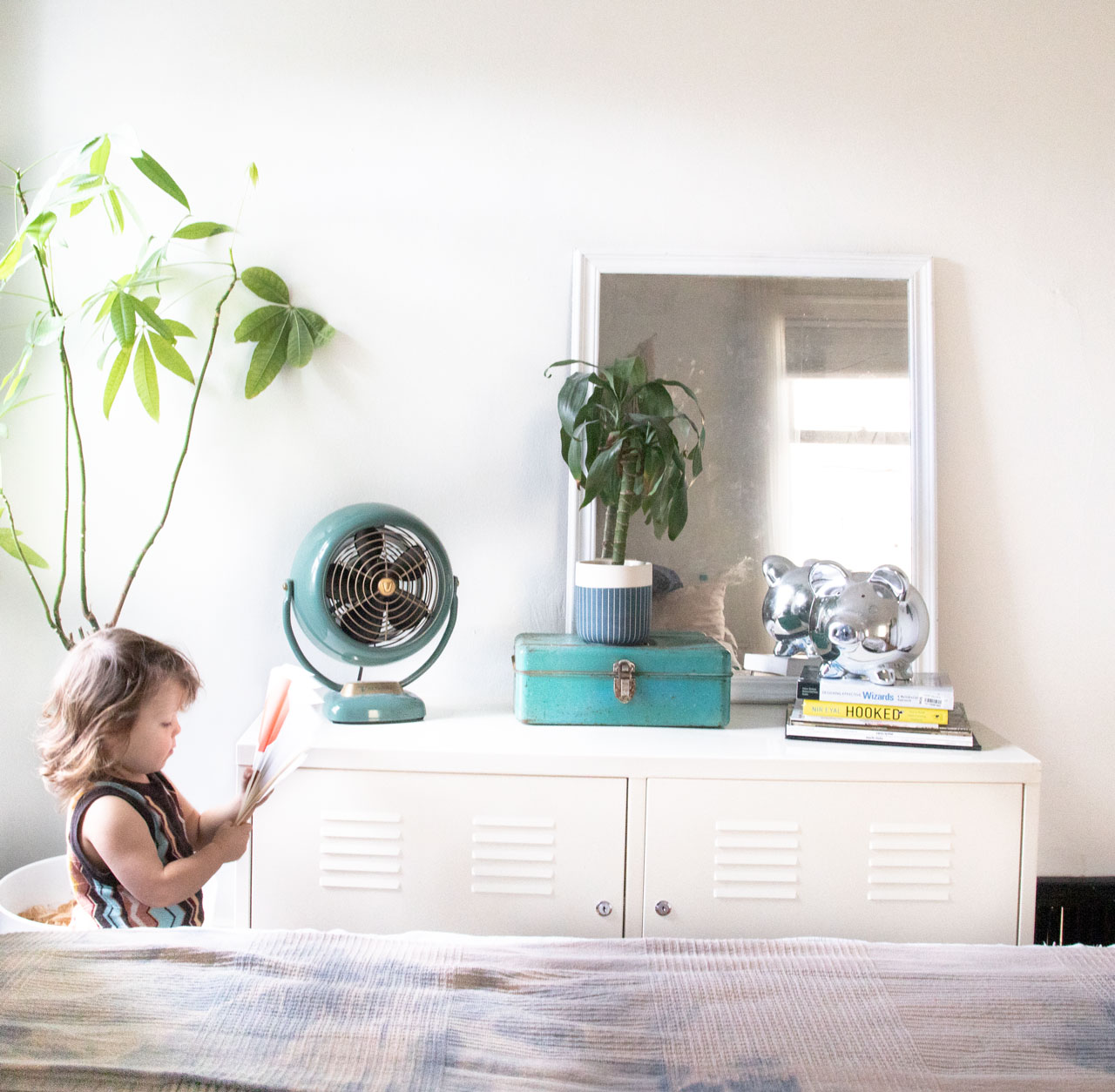 The cabinet houses our medicine box and a bunch of random things.  I also found an old mirror in our attic that I decided to bring into the room since we didn’t have a mirror in there. It’s a small one, but it’s helpful in the morning.

Anyways, it’s not all that exciting, but I thought I would share. It’s still a bit of a room in progress, but it’s definitely getting better.